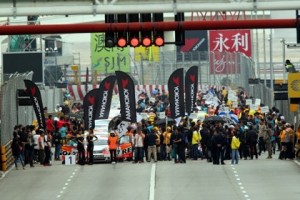 There is lots going on in Macau, so the gal made a quick trip to have a look. Last week was the Global Tourism Economy Forum 2015, under the auspices of Chui Sai On, CEO of Macau Special Administrative Region. As well as luxury global hoteliers of the supreme calibre of Gerald Lawless, Chairman/CEO of Jumeirah, there were representatives of China Chamber of Tourism, China National Tourism Administration, the World Tourism Organization UNWTO, the World Travel and Tourism Council WTTC, Pacific Asia Travel Association PATA and Macau Government Tourist Office MGTO, and many more, about 900 leaders in all. Next major event is Macau Grand Prix, a Formula Three event, November 19-20, 2015. 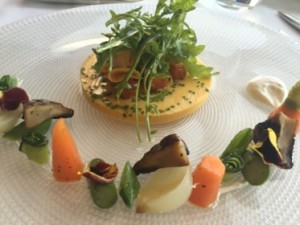 The authorities here in Macau are having to take tourism much more seriously, says Jill Goh, just arrived as GM of Mandarin Oriental Macau. With high-rolling gaming down substantially, as a result of China’s governmental crackdown, there must be more reasons to come. She runs one of the only two luxury hotels in town that do not have gaming – the other is Four Seasons Macau. People stay at Mandarin Oriental Macau for its style, its service, its stunning food and its wellness facilities. It also has great shopping at the magnificent adjacent One Central Mall (its over-60 brands include Macau’s only Louis Vuitton Maison, and its largest Bulgari – other names include Cartier, Dior, Dolce & Gabbana, Ermenegildo Zegna, Hermès and Salvatore Ferragamo). 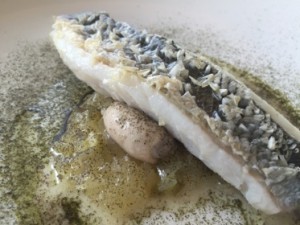 This is Jill Goh’s first GM role and she gets her energy, she says, from Ashtanga and Hot Yoga. She is also bringing in a kung fu specialist from Mandarin Oriental Sanya next week. In addition, she gets energy from the food she eats. At the 213-room hotel’s all-day Vida Rica restaurant, designed by SPIN, you can choose West or East. The lunch menu that day, by chef Dominique Bugnand from Burgundy included a pumpkin mousse starter, and a simple seabass. Ah ha, seabass is the fish of the moment in China’s Special Autonomous Regions SARs right now. Every menu I looked at seemed to have it on offer. (Interestingly, another of the most delicious seabass dishes that I have eaten recently was prepared by a Korean chef, Jung Sik. This young man has restaurants in both New York and Seoul, and he was cooking at Conrad Hong Kong for only two days.) 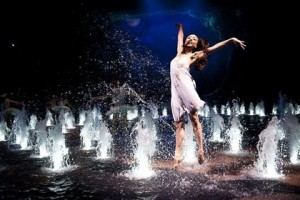 Sometimes I am lucky enough to be a luxury hotel at exactly the right time, but then wherever I am I am surprised by something unexpected and new – at least to me. Next time at Mandarin Oriental Macau I might even take the hotel’s City of Dancing Water package, with transport both ways, and tickets, to the spectacle of that name, created by Italian-born showmaker Franco Dragone. His other current shows include Han, in Wuhan; Taboo, here in Macau, and Le Rêve in Las Vegas. All combine dance, gymnastics and theatre -do they also include yoga?