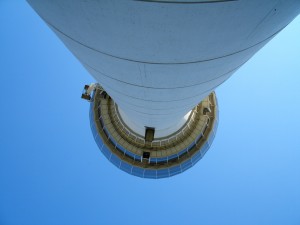 A girl likes a seamless airport experience, and Munich offers that, superlatively. First, this is a luxury airport.  You can easily find your way, there is good signage (aimed at the lowest-common-denominator), there is plenty of space and plenty of personnel. And the facilities are great.

As well as good retail, you can have your hair cut or coloured, and Be Relax offers manicures and pedicures, just what a girl thinks should be compulsory in all good airports.

Munich’s Franz Josef Strauss airport, named for the former German politician, opened 1992 as one specially-designed cohesive unit – unlike, say, London’s Heathrow (ghastly, except for the British Airways’ dedicated Terminal Five) and New York’s JFK (ghastly, no exceptions), both of which, like Topsy, just grew and grew. 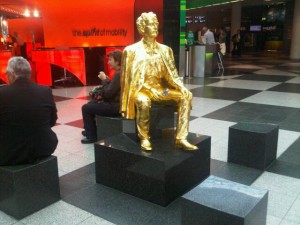 Munich, by contrast, was designed as a mixed-use complex, by the Chicago-based German-born architect Helmut Jahn.  Its terminal includes an underground S-bahn station, with ten-minute service to Munich city centre (allow 40 minutes).  It is also adjacent to the massive Munich Airport Center office block and Kempinski Hotel Airport Munchen and to the newer Terminal 2, exclusively for Lufthansa and other Star Alliance airlines.

The Airport Center houses many non-airline businesses, whose employees use the airport’s facilities, which include an excellent supermarket with an extensive wine selection.  During work breaks, they join travellers having a burger and pretzel at, say, the old-plane diner that sits in the Airport Center’s massive courtyard, covered with a massive tent-awning for year-round use. 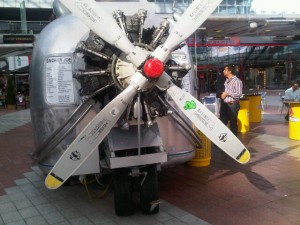 The integral Audi Center is handy for the car company’s constant flow of visitors who fly in to test-drive new cars – and stay overnight in the luxury hotel run by Kempinski.

Run by GM Marcus van der Wal, this is the World Travel Awards’ best European airport hotel, and one can see why.  Read the above facilities. Add to this a stunning five floor hotel formed of two parallel glass-and-steel blocks separated by an open atrium, glass ends and ceiling. The atrium is so high that its lifesize palm trees, admittedly fake, and six-shelf-high scarlet flower displays are dwarfed. 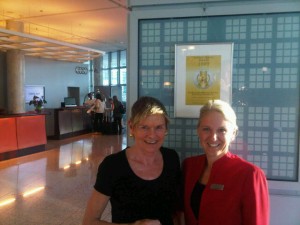 A welcome from Kempinski's Lady in Red

I was welcomed by one of Kempinski’s standard Lady in Red ambassadors. Room 1051 is just what the busy travelling girl wants, with windows that open, good soundproofing, a nicely-firm bed and excellent bathroom lighting. The gym is 24 hours, and the indoor pool, open from 0700, is a good 20-metres (both facilities, and the spa, are available to people transiting through the airport).

Talking of fitness, the hotel’s Charles Lindbergh restaurant’s grilled salmon and vegetables, and a salad with dressing on the side, are just right for the night before many hours of flying. 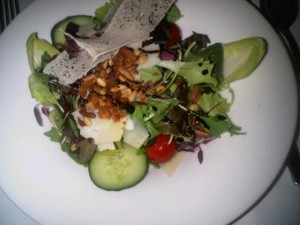 A healthy salad, dressing on the side, by Charles Lindbergh restaurant

Yes, when eventually I arrive in Hong Kong I will have a glass of red wine, just as my new guru Dr Ali did when he arrived at beautiful Castel Monastero in Tuscany after flying in from New York.

He is back in the Big Apple, by the way. Not only is he once again looking after such celebrities as Morgan Freeman and Sylvester Stallone but he is busy recording for the Dr Oz Show on Fox 5 – it has an estimated audience of 20 million viewers, says Dr Ali.

The show airs on Fox 5 weekdays at 11 a.m. and 3 p.m. (I bet Dr Mehmet Oz, who somehow also manages to be Vice-Chairman and Professor of Surgery at Columbia University as well as directing the Cardiovascular Institute and Complementary Medicine Program at New York Presbyterian Hospital, loves weekends).