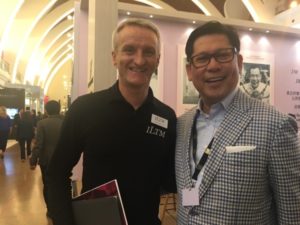 ILTM Asia, which took place in Shanghai last week – June 5-8, 2017 – was a rip-roaring success on all fronts. As always it started with the Forum, at Portman Ritz-Carlton. ILTM Portfolio Director Alison Gilmore announced to the 1,500 or so audience, who of course included all top luxury hotel names seriously interested in the burgeoning Asia market, that as of 2018 the show will split into two. ILTM Asia Pacific will, says the gal, move to Marina Bay Sands, Singapore, while ILTM China, back here in Shanghai, will exclusively be for the enormous outbound market, the millions of Chinese travelling elsewhere in the world. It is noticeable, said Forum speaker Rupert Hoogewerf of Hurun Report, that the 3.38 million dollar-millionaires in China, median age 42, take an average three trips a year travelling in parties of eight and staying away ten days at a time. 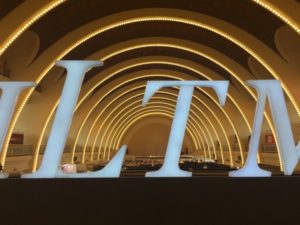 Travel is their top hobby, then reading, drinking tea, driving around, and gourmet food, but their wish-list includes learning, or perfecting, horseback riding, surfing, sailing, collecting art and paragliding – and everyone he meets is into running, dreaming of marathons. How, by the way, do you meet these people? One way is to hang out with realtors in Los Angeles, Seattle or San Francisco, the top 3 locations for serious Chinese property investment. You can also meet them in top hotels as the Chinese super-wealthy are increasingly prepared to spend, not only on another dozen Rolexes but also on flying in the front of planes and staying in top suites in five-star hotels. The other Forum speaker, Dr Parag Khanna, also showed how Asia is the centre of today’s geophysical world, and then, after a fabulous lion-dance – see the video below – it was drinks for all, courtesy Portman Ritz-Carlton. 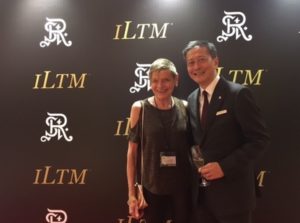 The following morning, promptly at ten, the serious business started. This year there were 462 exhibitors (from 53 countries), of which 43 were new ‘Main Stand Holders’. There were also 469 hosted buyers (from 18 countries), 272 of them new to ILTM Asia: 186 of the buyers are from China, 77 from Australasia, 35 from Hong Kong, 28 from Singapore (a 47% hike over 2016) and 143 from the rest of Asia. In all, over the three days of meetings, there were more than 26,000 pre-scheduled, mutually-matched appointments, up 6% year on year. And of course there was industry networking, during breaks and on the floor: showing typical ILTM style, there was a day-long Nespresso and Taittinger beans-and-bubbles salon, and restaurants were run by the Portman Ritz-Carlton (whose 43rd floor club lounge is off-site meeting place for many A-listers). 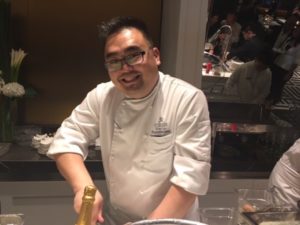 ILTM has a set pattern. Tuesday is the official ILTM party, this year hosted by the two-week-old St Regis Shanghai Jingan. The GM of this 480-room luxury hotel, Chris Tsoi, did an unbelievable job, from red carpet welcome, main door to escalators up to the first (English-style) floor, completely turned into a flowing international eat-around, with sushi chefs in what is normally the Japanese restaurant, and oyster shuckers – led by the hotel’s Executive Chef Ryan Liu – in the bar. Dress to impress said the invitations, and there were some stunning outfits. At least three live groups played, and the Veuve Clicquot flowed, nonstop. Wednesday morning it was back to ILTM business – come Thursday night, people packed the hundreds, if not thousands, of accrued business cards and went back home, to try and catch up on sleep. NOW SEE THE FORUM’S LION DANCE, BELOW