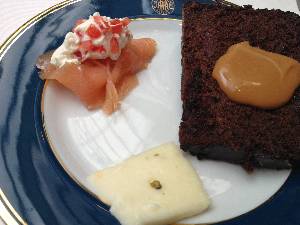 Breakfast in Argentina could be pepper-cheese, chocolate cake and salmon

When in Rome, well you know what that means, and one of the successes of international luxury travel is immersing yourself in what the locals do.  The breakfast buffet in Buenos Aires’ oldest luxury hotel, the Alvear Palace, has some intriguing ingredients.

On the cheese table is one type with whole green pepper corns in it.  There is also, among the breads, a loaf-shaped chocolate cake, the deepest chocolate you can imagine.  It is very dry, the gal was told.

Eat it with dulce de leche, the caramelised-milk syrup that the Argentinians love, at any time.  They also like starting the day with smoked salmon, even though it comes from Chile: pair this with cream cheese studded with tomato cubes. 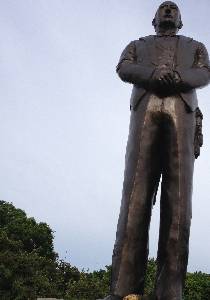 After that it was definitely time to take a stroll.

Head out to Avenida Alvear and turn right, along to its end, at Plaza Francia.  Immediately across the road is a statue of Dr Marcelo Torcuato de Alvear 1868-1942.  He was President of Argentina from 1922-1928 (I wonder whether anyone will ever put up a statue of CFK, Cristina Fernández de Kirchner? With inflation the way it is here in Argentina, will anyone have the money?)

But there are always people with money, say the Middle East, Russia, parts of Africa. There is now amazing airlift to Buenos Aires, with both Emirates and Qatar, as well as Turkish Airlines, offering plenty of flights, and good connections. 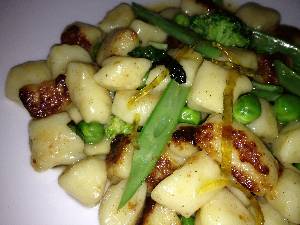 Just to the west of Plaza Francia little restaurants are squeezed in like sardines. Walk up and down, inspect the menus and those who are already dining.  If they look happy, that is an incentive.  With the growing number of Russians coming here you might expect a borsch, but perhaps that is for the future.

Right now, the Italian heritage means every single restaurant seems to offer pasta in one form or another.  From Plaza Francia I headed to the Park Tower, a Luxury Collection hotel where I lunched in the St Regis Lounge surrounded by businessmen, and just a few businesswomen (top office guys and girls do not ‘do’ sandwiches in this city). 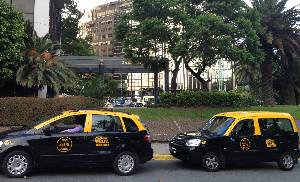 Many say avoid the black and yellow taxi cabs

The line of taxis is a reminder not to use the yellow and black cabs at the airports unless you are sure the meter is on and working.  A couple of friends arrived after an overnight flight from Europe and got into a black-and-yellow cab.

The driver quoted a sum and when they got to their hotel they held out a big bill.  Quick as a flash this was replaced by smaller bills, in no way adding up to the required amount.  Such conjuring always seems to happen to nice people, and when they are tired. 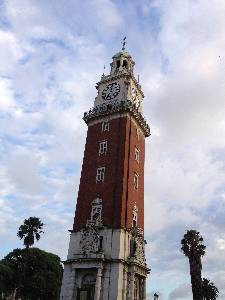 Right across from the Park Tower is Torre de Los Ingleses, the English Tower, designed in 1909 by Sir Ambrose Macdonald Poynter and built in brick, and Portland stone from Dorset in England.

Perhaps somewhat incredibly, it still keeps exact time.  Far too many public clocks around the world have stopped working.

I am told that now, apparently, even church bells in Jerusalem are no longer rung at exact times, if at all (the Christians blame the Muslims who adopted push-a-button muezzin recordings as the poor real guys who had to call the faithful at an exact hour were always getting sore throats). 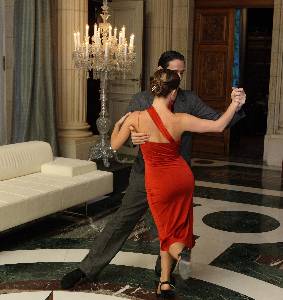 Talking of soreness, how DO tango dancers keep their bodies in such shape?  While the gal was travelling around the South American coast line onboard Silver Cloud, one of Buenos AIres’ other two luxury hotels, Palacio Duhau – Park Hyatt Buenos Aires, hosted a New Year’s Eve tango session that must have been truly memorable…