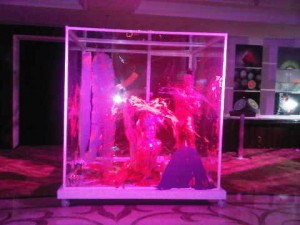 This is the most amazing week, here in Shanghai – the city that is New York on steroids, say many. There is so much buzz you hardly dare sleep a wink in case you awake to tomorrow, and every day in Shanghai is fast-forward.

OK that is an exaggeration, gal, so cut back.  Let me just say that four years ago the local lady journalists, at International Luxury Travel Market ILTM Asia looked like Mao leftovers.  Three years ago they were dressed as if they were in the Soviet Union decades ago.

Two years ago they had progressed to Walmart. Last year they were latest UK High Street.  This year they are Milan.  They buy brands and they know how to wear them. 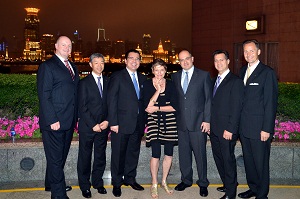 Local fashionistas and artists were among those invited by The Peninsula to that luxury hotel’s rooftop cocktail on Monday.  It was pretty amazing to drink The Peninsula champagne and look straight across the Huangpu River to floodlit Pudong, and to look right along the unique Bund.

Across that river, at the same time, Shangri-La Pudong, which has the only outside ballroom terrace in town, held a party with superb sushi, near-naked artists slapping paint on each other in a glass cage – and all the Shangri-La bigwigs one could possibly expect. The photo shows, left to right, Peter Clarke, Kent Zhu, Cetin Sekercioglu, Greg Dogan, Ed Brea and Ulf Bremer. 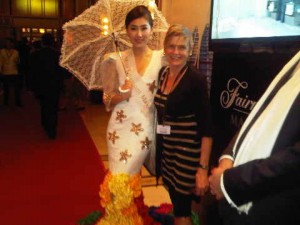 Arriving at Fairmont Peace's party for a thousand of one's closest friends (who's that in the white scarf on the right?)

Tuesday was the official ILTM party at Fairmont Peace Hotel, with Pekin duck wraps served from the back of a bicycle rickshaw.  There were Bond-type girls gyrating as they played (music) atop a ten-foot central stage.  In the Jazz Bar, the nightly six-to-nine band played: normally, they are succeeded until two in the mornng by a younger American group. 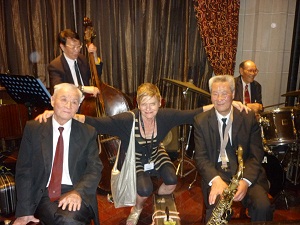 The oldest member of Fairmont Peace's nightly jazz band is 82

The party was personally masterminded by hotel GM Kamal Naamani, who actually studied architecture and design back home in Toronto before being side-tracked into his night job, working in Fairmont Royal York.  He loves such happenings.

He worked with an event planner for the entertainment but he himself interviewed 60 tall-tall models before choosing six to be meeters and greeters for what turned out to be over a thousand guests (and yes, they drank, especially white wine..). 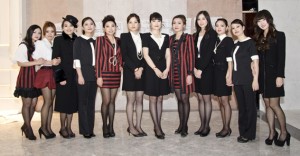 Some of the models at Four Seasons Pudong Shanghai fashion show

To show the importance of the event, the guests included Philip Wong, CEO of the 200-room luxury hotel’s major shareholder Shui On Construction and Materials Ltd, and Stephen Lau, COO of the other shareholder, Singapore-based HPL, one of the companies of Ong Beng Seng (BS Ong), whose wife, Christina Ong, owns and heads Como Hotels. She also holds the Armani concession for Singapore, and many other countries.

And then there has been, all this week, the aforementioned ILTM, when nearly 500 top luxury travel purveyors – hotels, cruise companies, expeditioneers – and the same number of top travel agents (including 150 from Australia) gathered for pre-arranged, 15-minute one-to-one meetings. 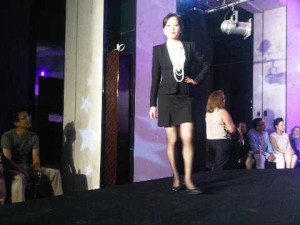 This will enable Singaporeans, for instance, to fly to Lisbon via Dubai, one stop only and we all know that Dubai is arguably the world’s most efficient transit airport.

The meetings come from you saying whom you want to meet and a computer digests who wants whom and spits out a schedule.  This year the schedule resulted in 21,500 meetings and don’t be late for each important date.

Every year Dubai has the most prominent stand of the entire exhibition. Shanghai Exhibition Centre, built in 1955, has been recognised as one of Shanghai Ten Best Architectures from the period 1949-1989.

Outside it bears more than a passing similarity to one of Moscow’s wedding-cake Seven Sisters buildings (think the Ukraina, now the sensational but not-OTT Radisson Royal Moscow). Inside, Shanghai Exhibition Centre is now, after extensive redecoration, a magnificent fairy story with lights highlighting its soaring hemispherical ceiling.  Just inside the main entrance you find – Dubai.  You cannot miss it. 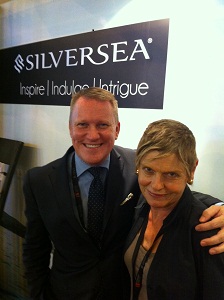 Turn left and there are Preferred Hotels & Resorts, who have just launched a new brand extension, preferredfamily, going after travelling with the little darlings, or little emperors or whatever.

Just down the main staircase and you have Fairmont-Raffles-Swissôtel one side, and Leading Hotels on the other.  Walk and walk and you will pass so many new names, like LUX* Island Resorts, and so many old ones, Ritz-Carlton, Silversea Cruises, but all luxury.  No Walmart allowed.

Many local hotels are top sponsors but the luxury hotel that has borne the brunt of the impact of over a thousand hospitality professionals has been the Portman Ritz-Carlton, just behind the exhibition centre.

It is a 22-year old hotel and in 1990 they did not anticipate that six elevators for a 45-floor structure would require a lot of patience both waiting for, and then in, a cabin taking you down to the ground floor or back up to your room.

If there is no-one around you can spend the waiting time doing stretching exercises but when there are others there you look a bit of a fool…  And, perhaps just because the hotel is mature, the employees are remarkably engaged.

I heard a story of a guest working, shoeless, at his desk. While his fingers tapped the keyboard he felt his toes being tickled. The night turndown maid was putting a pair of slippers on ‘so your feet will not be cold’. 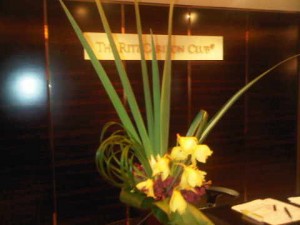 Personal commendation would go to Robin, a waiter in Palladio restaurant, who anticipated timing so exactly, and to all the staff in the 43rd floor Club.  This is THE meeting place here and well worth the extra spend.

Even GM John Rolfs, whom I last dined with at Fontainebleau on Miami Beach, was up there, calm as the Huangpu River even though he was shortly welcoming Donna Garff Marriott, wife of Bill Marriott, to take her to the hotel’s Toni & Guy salon prior to a lunch her husband was hosting.

Yes, Portman Ritz-Carlton can look after you top to toe, from hairdressing to a basement supermarket (not Walmart).  It is part of the giant Shanghai Centre complex that includes masses of offices and hundreds of residences, whose residents make good use of the indoor and outdoor swimming pools, and commendable use of the 24-hour gym.

Come out of the hotel and turn right along Nanjing Road and you pass, in order, 100-foot frontage of Miu Miu, then a typically-blue Tom Ford (I remember the Tom Ford I saw in Baku), then a Loro Piana, and then, if going to ILTM, you turn left, hold your breath and attempt to cross the no-light pedestrian zebra crossing.  Good luck.