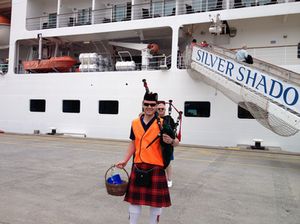 After Melbourne, the good ship Silver Shadow sails to northern Tasmania, to Burnie, a town of 20,000 that has the fame of being a world capital of wood chips.  As the luxury cruise ship sails into port, a pile of chips the size of a small mountain is presumably waiting to be exported. Welcome to town, with all the bells, whistles and the local band waiting. There is also the Mayor, wearing robes that actually look more like a Father Christmas (Santa Claus) outfit but without the hat. The gal doubts if she will find any luxury hotels here in Burnie. 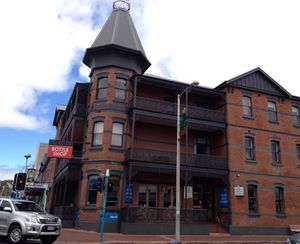 Aha, I am in for a surprise.  I already had the name of the Ikon Hotel, and I ask one of the local volunteers handing out town maps about it.  She points to the Mayor.  He owns it, she says.  The Mayor, Steve Kons, takes off his robe and comes into town with us on the shuttle bus, a five minute journey total.  In 1997, he explains, he bought Burnie’s leading hotel, a three-floor brick construction built in 1912 on the site of a woodyard.  In those days it was the Sea View Hotel, and later it became the Beach Hotel. Once he owned it, Steve Kons asked his wife what to call it, and she suggested Ikon. 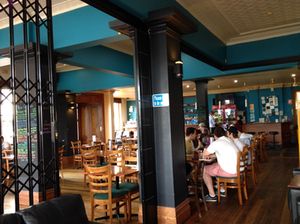 The entrance to the hotel is via an independent restaurant

He has leased out the entire ground floor, to a restaurant and bottle shop that has no association with the hotel above, even though hotel guests have to go through the restaurant to get to the hotel’s interior ‘front door’. They have pressure-pad keys to open the outer door, on Mount Street.  I do not.  I knock on the outer door, as the restaurant is not yet open, and manage to attract the attention of a cleaner. She tells me to go round the back, to a courtesy phone. I use it, am diverted through to the hotel manager, Tracy Anderson, driving to work.  She will be with me in five minutes. 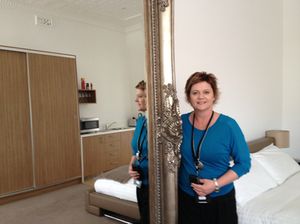 Tracy Anderson is a dynamo, and within one year of its re-opening, November 2012, she has taken what is now a 12-room hotel to full occupancy, to such a degree that businesspeople coming to town sometimes arrive on a Sunday to make sure they have a room for the rest of the week.  What do they get for their money? Well, firstly space. Previously there were 60 rooms here; now each room is the size of many hotels’ presidential suites. They all have mushroom carpets matching the Italian leather furnishings. The minibar includes local Infuse coffee, and a Tasmanian whisky, Hellyers Road, plus bottles of fresh milk to go with the kitchen gear – yes, each room has a built-in kitchenette. 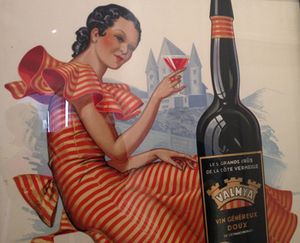 Breakfast is free, to make for yourself in your room. There are packs of cereals, yoghurts, selections of teas and coffees and a toaster, for your choice of bread.  If you prefer to go out, there are signing privileges at three nearby restaurants, which works well, too, for lunch and dinner.  Tracy Anderson has a similar arrangement with a local gym. WiFi, which is also free, works throughout the entire hotel.  It is well worth wandering the two upper floors to look at the mammoth posters that owner Steve Kons has collected. They are all French, related to drinks, and are worth in the range of A$16,000. 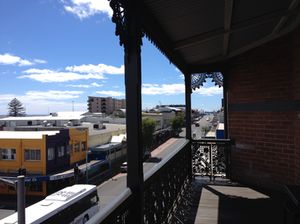 View from the original cast-iron balcony

It is a very clever operation (guests can also use the hotel’s laundry, for free). Local architects working with Steve Kons on the upgrading had to follow strict historic preservation rulings. The original cast-iron balustrades have been kept. Stand out on one of the balconies and you can look over town, and down to the water, but whether or not there was ever a beach here is uncertain. For this destination, this is a thoughtful luxury hotel, and if I had more time I would visit some of Burnie’s sights, say the paper-making facility in the Makers’ Workshop, or take a trip to the nearby wildlife park.