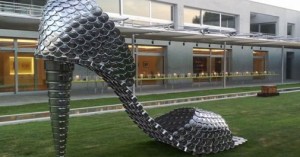 Ford and Zegna in India: Italian luxury menswear brand Ermenegildo Zegna is relocating its existing store at the shopping gallery of the Taj Palace Hotel in Mumbai, taking over the space formerly occupied by Moschino. Later this Fall, Zegna will open a second store in Mumbai at the new Shangri-La Hotel. Earlier this year, Zegna opened two more stores adding to the 3 existing ones, in Delhi at the Oberoi Hotel and one in Hyderabad at the Taj Krishna Hotel. In India, Ermenegildo Zegna operates a joint venture with Reliance Group. Tom Ford will open its first store in Mumbai, taking over the space of Ermenegildo Zegna at the Taj Palace Hotel. The new Tom Ford flagship will cover 1.200 sq ft and will feature menswear and accessories. This is the second Tom Ford store in India, the first was opened in the capital of New Delhi at the Emporio Mall. Tom Ford stores are operated under a franchising agreement with a local partner, the same in both cities.

Swatch and Tiffany: Swatch Group has ended its alliance with Tiffany & Co, accusing the high-end U.S. jeweler of undermining efforts to promote the watches sold in their joint venture. Swatch Group, the world’s largest watchmaker, said in a statement on Monday that it would sue for damages to make up for lost future sales, faulting Tiffany for “systematic efforts to block and delay development of the business.” Tiffany countered in a statement that Swatch has not honored the terms of the agreement, including providing adequate distribution, and has been unwilling to work cooperatively with Tiffany. The result has been “that our current business forecasts do not include any meaningful increase in watch sales or royalty income,” Tiffany said, adding that it expected to be vindicated during arbitration proceedings over the matter. Swatch Group CEO Nick Hayek later disputed that claim to royalties, telling Reuters that the deal was not a licensing agreement. Swatch said in its statement that it would give Tiffany Watch Co, their joint venture, two years to wind down. Swatch’s Hayek told Reuters he was not interested in pursuing similar deals with other companies in the future. “We do not need that. We are focusing on the development of our own brands,” Hayek said. In March, Swatch told Reuters that Tiffany was not giving watches sold under their Tiffany Watch Co venture, set up in 2007 to produce Swiss-made watches under the Tiffany brand, enough prominence in its stores. The strategic alliance, signed for an initial term of 20 years, was meant to boost the development, production and worldwide distribution of Tiffany branded watches, and several watch collections have since been launched. But the deal never turned into big business for either company. According to Tiffany’s most recent annual report, the deal with Swatch represented less than 1 percent of sales. Tiffany reported last quarter that high end jewelry sales were soaring, even as sales of moderately priced jewelry made with silver slowed.

(Note, as a special benefit to www.girlahead.com followers, Oliver Petcu invites you to apply for his complimentary weekly email update on luxury brands, www.cpp-luxury.com)