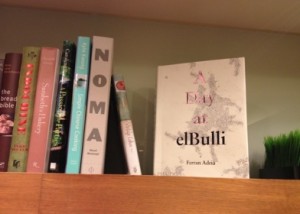 Books in the Club kitchen

Venerability brings with it a certain comfort, like a treasured pair of Ferragamo or Tod’s shoes. The luxury Regent Taipei hotel opened in 1990, as the Grand Formosa Regent, and it has been a much-loved institution ever since. It is a very thoughtful hotel, says the gal. The 19th floor, the Tai Pan, is more like a hotel within a hotel, with a lounge with several meeting rooms and business area with big standing Mac computers. There is a buffet kitchen, with an upper shelf of foodie books for those who want to dream about dishes prepared by their culinary heroes. 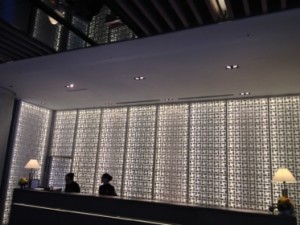 With 550 bedrooms there is constant coming and going but I managed to catch a rare moment when the front desk was not besieged by customers. I wanted to show the sheer simplicity of the backcloth, a screen against a light wall. It gives the effect of maximising a feeling of space, which indeed the public areas have.   Take a walk outside, as I did, and you are in the bustle of Chung Shan North Road. Come back in and, until the magic hour of 11 am, the hotel’s main floor, its lower floor and the shopping galleria beneath it are blissfully peaceful. 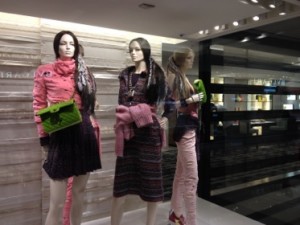 At that magic hour, the hotel’s shops open. The Regent Galleria, beneath the hotel, equals the display at The Peninsula Beijing for the number and quality of its brands.   Here you have, for instance, Bulgari, Chanel, Dior, Hermès, Tiffany, Tod’s and also non-mainstream fashion – Bang & Olufsen, Piaget, Sisley and Swarovski. I am not sure about the direction Chanel fashion is going in – judging from the mannequins here in the Galleria, they are veering to a kind of lost-in-the-woods look. I hope my dear friend in Dubai who is usually top-to-toe Chanel does not evolve into this. 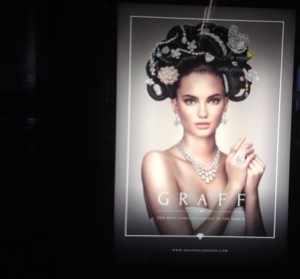 Display in the Graff window

The Graff store in this luxury hotel’s shopping mall has an illuminated photo that immediately gets attention. Here she wears jewels, but I think of her artistic sisters adorning columns in Public Chicago. There, the hair styles are adorned with rollers made of tonic water cans, and a bouffant cap formed from a length of bubble pack. Back to reality, it is time to leave, and a flotilla of lovely hotel team members, including the legendary restaurateur Robin Liu, are there to see me off.