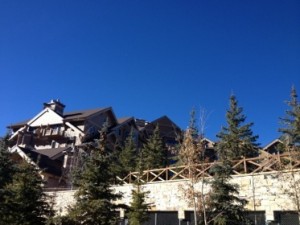 First sight of the resort

Fly into Salt Lake City and take the road up through Park City – home of the next annual Sundance film festival, January 16-26, 2015 – to Deer Valley and, 40 minutes later if the traffic is cooperating, at 8,100 ft a.s.l, you think you are on top of the world. The air is so pure, the sky so blue. The gal takes in deep breaths, and looks ahead at what is already one of North America’s predominant luxury ski resorts, Montage Deer Valley. Only opened in late 2010, it is as significant as such dowagers as, say, Fairmont Banff Springs in Alberta. But this one is one big chalet, rising through 13 floors. 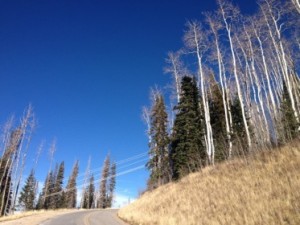 The slopes are alive with the sight of aspen and pine

It is quite a feat of engineering, as all utilities had to be brought up from Deer Valley itself, 15 minutes down a steep mountainside. The immediate landscape around is aspen, which apparently colour magnificently every fall, and pine. This is a ski-in and ski-out facility, so come out of the hotel in your pre-warmed boots and you are right at the base of ski lifts to take you up to 10,000 ft (some of the events were held here during the 2002 Winter Olympics). But even without snow there is oodles to do here. Summer is magnificent for mountain biking, and fall shows the splendour of aspen colours. 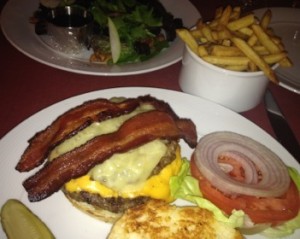 A Big Rob burger, with fries

I think some people come here just to chill out. The smallest of the 174 rooms, all of which have log-look working fires and French windows leading on to balconies, is 600 sq ft – for families, one of the 81 letting residences, with kitchens and laundries, would be ideal. Dining choices range from casual American through sports bar, with two bowling lanes, to the unique Burger&Bourbon, with 120 varieties of the latter and 12 burgers. Of course I had to have the Big Rob, named for a security guard, Robert Oaks, who is frequently mentioned on TripAdvisor.

I ate with the GM of this luxury hotel, Allen Highfield, who rushed here from Ritz- Carlton San Francisco (the hills there seem pretty flat after the mountains here…). This Thursday, he hosts the hotel’s annual Thanksgiving event. Lucky people who have booked overnight have an early evening turkey and cranberry meal and, from 9 pm, limousines whisk you down to Park City’s great retail for Moonight Madness shopping, open until 2am Friday (and again from 6am on). Abercrombie & Fitch, Ann Taylor, Banana Republic, J. Crew, Michael Kors, Nike, Ralph Lauren and many more are open and waiting.