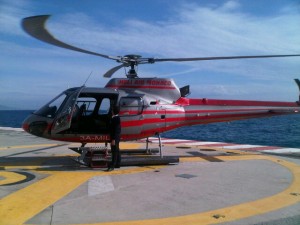 Just about to leave Monte Carlo, and Monaco...

There is nothing a gal likes better than arriving, departing or merely touring by helicopter.  Sadly it was time to leave magical Monaco.  The Monte-Carlo Bay Hotel driver – who lives in France as Monegasque living costs are so exorbitant – drove me to the heliport.

There, no formalities, merely hand over passport and go through security to await take-off in ten minutes’ time (Heli-Monaco used to have stocks of Financial Times, are they trying to save money?) 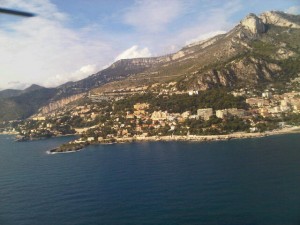 .. skirting the coastline west from Monaco

The fare is the same as a Monte Carlo-Nice Airport taxi but it takes five rather than 45 minutes, The Dauphin SA-365 took off, flew low over the coastline, came in to land far out from the terminal.

The Heli-Monaco minibus was waiting, to drive us direct to terminal one, where you become ordinary, and check-in in the usual way. 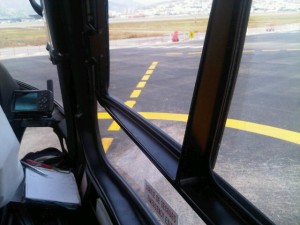 Coming in to land at Nice

Thoughts turn to other helicopter rides, say flying low-low over the dunes of Namibia. 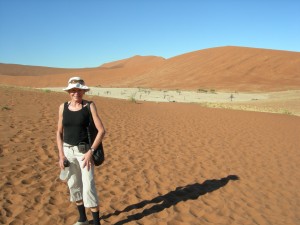 Namibia’s famous dunes,  orange-brown sand, stretches for 400 miles.  You feel as if you are flying over a gigantic cake that is spatula-iced with orange-flavoured milk chocolate.

Wilderness Safaris flew the girl to the Skeleton Coast, and to Sossusvlei, in the centre of the 70,000-acre Kulala wilderness reserve. This is luxury adventure at its best, say staying at Little Kulala Lodge, a chance to see cheetah, ostrich, springbok. 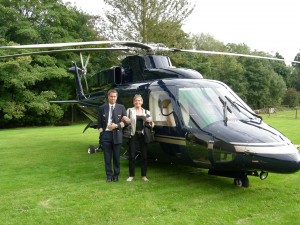 Back in England, Andrew Davis flew his Sikorsky S-76, steel grey with cream leather interiors, around to show off some of the Von Essen hotels he then owned, luxury destinations of the calibre of Cliveden, the Royal Crescent in Bath, Amberley Castle (dating back to the 12th century), and, in the Cotswolds, Buckland Manor, Lower Slaughter Manor and Washbourne Court.

The tour ended, and shortly afterwards Davis’ hotel career plummeted and he lost Von Essen and those hotels. 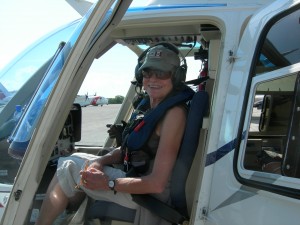 About to fly around Great Exuma

By contrast in the Bahamas, Butch Stewart, boss of the Sandals hotel brand, gained plenty when he gook over what had been Four Seasons Great Exuma.

It is now Sandals Emerald Bay, the ideal honeymoon or couples-only getting to know you (perhaps again) place.  We went up to tour Great Exuma, an island on the Tropic of Cancer that is 40 miles long, maximum four miles wide. 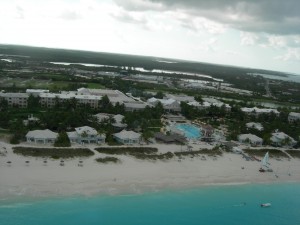 The heavens opened as we flew over the resort, on which Butch has spent $30 million, a lot of it making a pool with integral hot tubs and bar.  You can get a Martha Stewart-themed wedding here, everything is arranged for you – with the exception of providing a groom for the gal.

45 percent of people staying here are repeat guests, presumably not always coming for the marriage lark. Time to think about more great helicopters…