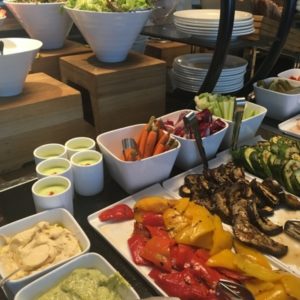 As the growing numbers of the enlightened, namely Girlahead followers, know, the gal loves club lounges, but luxury hotels need to get them right. Far too many, sadly, are dull places, with food that is inferior to that in main restaurant, and it really does not seem right that when customers pay a considerable extra whack to stay in a club room that they are then charged, albeit sometimes on an honour system, to have a drink. Ritz-Carlton Hotel Washington DC, by contrast, has an exemplary ninth floor Club Lounge (see image above). It is light and bright, with a variety of seating, and superb hospitality offerings all day and evening long, 6.30 a.m. to bedtime. 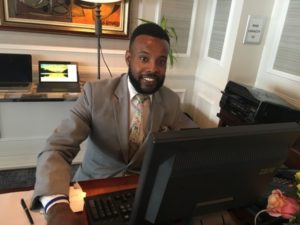 Breakfast was great, as was lunch, and evening canapés were elegant. I could also have had a tasting of eight different wines from the oenotech machine whatever time I wanted. The club concierges, who wrote a shared welcome letter, were really thoughtful, and people-lovers. I was well looked after, particularly, by Beneliza, from the Philippines, and by Curtis, a sartorially-attired musician who apparently, as soon as he leaves this 22nd Street hotel, rushes off to compose another song. It was tempting to spend all my time in the lounge, but I had to see the rest of the 300-room hotel, which I had not visited since it was opened by then-GM James McBride in 2000. 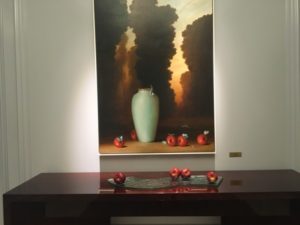 I went to the gym, which is now a massive Equinox, integral with the hotel but outside-run (stay in a Club room and you get free entrance). I worked out on an elliptical, fascinated by what was happening in front of me. On a stretch of artificial grass about 30 feet across by six feet deep two almost-healthy men, albeit with slight beer bellies, pushed a heavy trolley laden with really serious weights from one end of the grass to the other and back again. After 20 minutes I did think the beer bellies were slightly diminished – let us hope they recovered with water and an apple rather than a coke and Big Mac, or another beer. The hotel does all it can to help you be healthy… 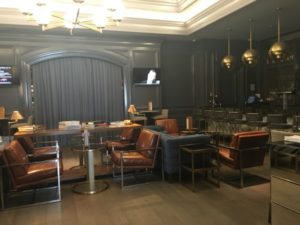 Exit the elevators on that floor and a big oil painting of apples is echoed by real apples in front. I was amazed by what has been done to the ground floor, which is now an inter-connected mass of wood-floored public rooms, with softest teal walls. Rooms leading off are clean, bright, and comfortable. The bar and lounge have really tempting soft leather seating, some low-set sofas, some high-up bar stools, and there are books and things around to look at and comment about. Go on further through and you get to West End, the attractive restaurant that many think is freestanding, although it is part of the luxury hotel. But, as I have said, the club lounge here is so attractive that many never seem to leave. See the video below.