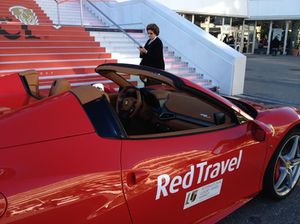 What attracts the luxury travel world to gather for the annual International Luxury Travel Market (ILTM) in Cannes, every first week of December? Business and networking, which are inseparable.  This year, even more came in from all over the world. Think over 1,400 exhibiting stands (luxury hotels, yachts, airlines, cruise ships and destinations) – and the same number of top ‘buyers’, travel agents or travel professionals or travel consultants, whatever you want to call them.  The gal saw the usual big names from the USA, of the calibre of Priscilla Alexander, Mollie Fitzgerald, Ellison Poe and Valerie Wilson, and of course Virtuoso Chairman Matthew Upchurch and his hotel specialist Albert Herrera. 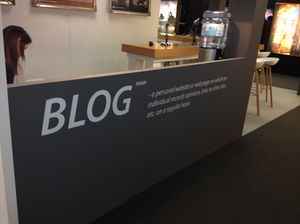 There were top media, including three who look as if they are straight from the fashion catwalk (Luxury Travel Bible founder and black leather dress addict Hilary Doling, social media specialist Tiffany Dowd, and she of the slinky black trousers, Maria Schollenberger of the Financial Times’ How To Spend It).  For the first time, incidentally, ILTM’s brilliant and professional organisers, Reed Events, laid on a special area for bloggers and other social mediators to convene.  Outside Cannes’ Palais des Congrès, you are greeted by an omnipresent display of red Ferraris.  Inside, you have three floors of stands. 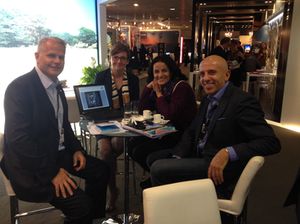 Ground floor is more destinations, tourist boards and, say, luxury yachts on the Amazon and Mekong. Middle level is most hotel groups, the Preferred consortium and other collections, including first-time exhibitor the Chic Collection. Its organiser, Nigel Bolding, was hosting such companies as JA Hotels there, with JA’s COO David Thomson busy actually selling.  Oh it makes such a difference when the big boss is around.  It is also noticed, seriously noticed, when there is an absence.  Take hotel groups from India.  There was notable presence from ITC Hotels, The Leela, and Taj – but where was Oberoi?  Had they got the wrong date? 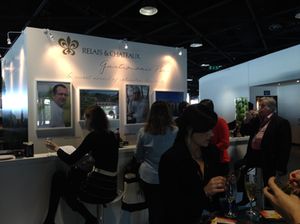 Right, continue up past the middle level of the Palais, and you come to an airy and light eyrie.  Here you have the three other main consortia, The Leading Hotels of the World, Relais & Châteaux and Small Luxury Hotels of the World.  This is a marvellous venue, and two groups make maximum use of it.  Relais has a private dining room, both inside and out on a sun-filled terrace, and they also have a hospitality stand sponsored by a range of Champagne houses, including Laurent-Perrier, Pommery and Taittinger. Some of the top Relais Gourmands chefs are here, including Serge Gouloumès, Mas Candille in nearby Mougins, and Emmanuel Lehrer, Mas de Pierre, from St Paul de Vence. 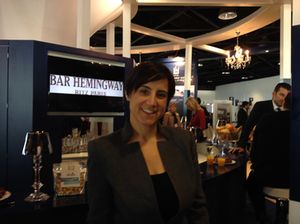 Leading, meanwhile, had flown in Colin Field, world-famous mixologist at Ritz Paris.  Until that hotel re-opens in 2015, Field is busier than ever, it seems, rushing around the world making cocktails.  Here he presented cocktails named for one of the hotel’s best-known former guests, Ernest Hemingway, and, being Leading, of course they were here served in Baccarat glasses.  Leading President and CEO Ted Teng and his super new marketing supremo, Shannon Knapp, are absolutely thrilled to have 150 of their 430-total hotels exhibiting here. During the three days of 15-minute one-to-one planned meetings with their choice of travel advisors, what a lot of work was done – and, as Pierre Bord, GM of The Negresco in Nice, said, he also had lunches every day with top existing and potential clients.  Yes, ILTM is hard work. 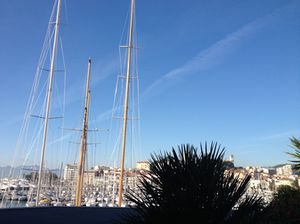 Outside, the real world

But all work and no play is not good, even for ILTM, and luxury hoteliers at this, THE most important luxury travel show anywhere, really manage to combine both. The lovely thing about Cannes’ Palais des Congres is that there are several outside terraces. Exhibitors like Silversea, for instance, had big outdoor areas next to their main stand, and since the sun obligingly shone all week it was there, outside, that business was done. And, whenever they could, exhibitors and travel buyers nipped out for another image of Cannes’ port and its yachts.  As someone (who WAS it?) said at the opening Forum at the beginning of the week, luxury is various things, but it must have at least a hint of nature.