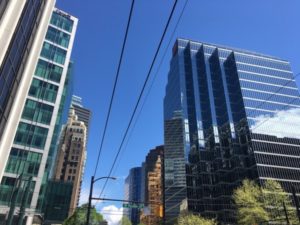 Vancouver city centre a blend of new, and old

The gal wanted to rush to Vancouver to join luxury hoteliers and masses of top travel advisors in their annual Virtuoso international gathering, but sometimes, as all frequent travellers know, even the best-laid plans can go awry.

In this case the incoming flight was delayed, first by the plane being struck, earlier, by lightning, and then a security alert, so it was impossible to get to Vancouver in time for the party that AccorHotels was hosting, Friday May 5th, 2017 at Fairmont Pacific Rim, Vancouver. Never mind, there was an opportunity on the Saturday morning to catch up with Matthew Upchurch, Virtuoso Chairman and CEO, and his wife Jessica – see above. 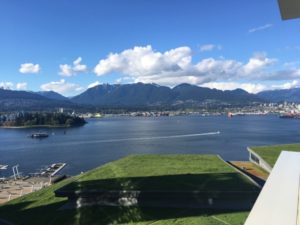 Looking out from Fairmont Pacific Rim

Matthew Upchurch is never at a loss for words. Baby boomers today are time- affluent, he told me. This year there will be over two trillion hours of freetime in the USA and people will want to travel. There is a deep desire for experiences. The Upchurch family’s own holidays this last year have all been in destinations that feature sustainability, and Matthew Upchurch is full of praise for We.org, a Toronto-based initiative, led by brothers Craig and Marc Kielburger, that leads teams of people who care in setting up schools and other facilities in deprived areas of the world. There were over 500 visitors in Vancouver for this year’s Virtuoso meeting, and those who were lucky enough to stay at Fairmont Pacific Rim enjoyed looking out across Coal Harbour at snow-capped mountains in the distance – look down, by the way, and you think you are surrounded by gardens rather than living grass-roofed buildings. 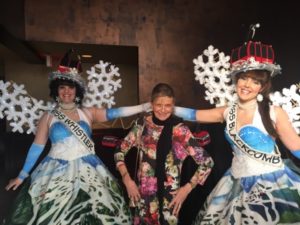 The hotel’s 20th floor club lounge, which is 24/7, and the bar and Raw Bar in the lobby, together with the adjacent giovane Italian eatery-to-go, were popular meeting places. Fairmont Pacific Rim also has a two-week old Botanist restaurant that sounds really really exciting, but that Friday evening dinner was in the main ballroom (there were masses of move-around seating areas, sit up, sit down, and lots of live cooking stations). For the final gala, where Canada’s destination and tourism bodies were joined as sponsors by Crystal Cruises (led by that effervescent ideas lady Edie Rodriguez), we were all bussed along Granville Street to the low-ceilinged Commodore Ballroom. We were met by Miss Whistler, on the left of the photo, and Miss Blackcomb, on the right. 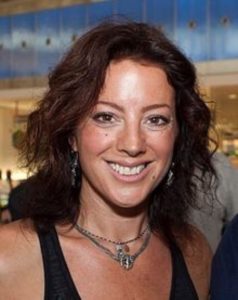 Vancouver’s Commodore Ballroom is an ‘interesting’ venue, I suspect largely left unaltered since its 1929 opening, when it was called the Commodore Cabaret – sorry, I see C$3.5 million was spent updating it in 1999. Over the years Sammy Davis Jr, Sting and Tina Turner have performed here. It specialises in music playing the leading, and only, role, with amplification to match, which did admittedly mean that the sound of a guitarist followed by ballad specialist Sarah McLachlan made conversations with neighbours a wee bit challenging. I have, by the way, already listed – as have savvy luxury hoteliers – the dates of the 2018 Virtuoso international gathering – March 17-22, 2018, Amsterdam, when five river boat companies are hosting everyone on-the-water.