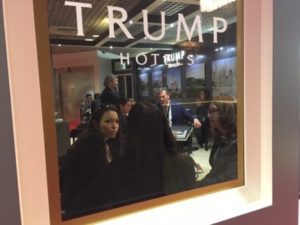 As always, anyone who is ANYone in the glorious world of luxury hotels was in Cannes this last week for the 15th annual International Luxury Travel Market. It started officially, says the gal, Monday December 5th, 2016, and it ran through Thursday December 8th, 2016. And, true to form, CEOs and other top people arranged to be in town just for this must-visit gathering, which this year saw 1,550 exhibitors having one-to-one appointments with the same number of absolutely tip-top travel advisors, from 76 countries. 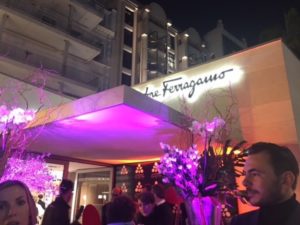 One of many parties was held here…

The opening Forum, on the Monday afternoon, is education meets inspiration. This year, presenter Chris Hollis introduced first New Zealander James Kerr, who, after a lively New Zealand dance – see the video below – shared the All Blacks rugby team’s secrets of success, and then delightfully-lucid Professor of Clinical Psychology at Columbia University Medical Center, Dr Andrew Solomon, who reminisced and name-dropped around the world. After that, much to the surprise of 99.9% of the assembled thousands, came the announcement and presentation of the first annual Mary Gostelow Award, presented by ILTM’s Portfolio Director, Alison Gilmore (see photo above). This will be given every year, by one recipient to the next, but always called the Mary Gostelow Award. 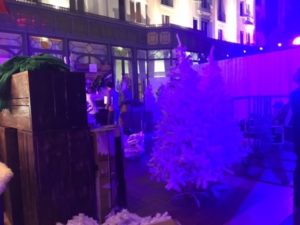 .. getting ready for another party

Oh what a surprise! There was a video eulogy from Hyatt’s Alvero Valeriani in Miami, Belmond’s Andrea Natal in Rio de Janeiro, Dubai Holdings’ Gerald Lawless in UAE, and Marriott’s Derek Flint in Singapore, after which the recipient said a few words, stressing inspiration and passion, and then the parties started. Again as always ILTM is one party after another. That night I went to a Barrière cocktail, and afterwards to a cocktail dinner – bite-sizes of foie gras – at Villa Domergue, hosted by Atout.Fr, which hands out France’s ‘palace’ accolades. The next day was the InterContinental lunch, with cocktails by Lungarno at Ferragamo, Taj, AccorHotels-FRHI and dinner with Gansevoort. 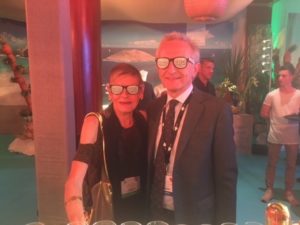 Then came the official ILTM party, at Grand Hyatt Martinez, where the Taittinger fortunately flowed. It went on and on. Wednesday was Pierre Hermé savory and sweet macaroons with three Dom Pérignon vintages, at the new Dior boutique (hosted by Dolder Grand, and Terre Blanche): that evening the hosts were Oberoi, Peninsula, Majestic Barrière and ILTM, at the Carlton. Sadly, I never got to Four Seasons’ party, which is always the place to go for best risotto in town – next year. And luxury hoteliers everywhere already have the next date firmly etched, December 4-7, 2017, www.iltm.com  NOW SEE THE NEW ZEALAND VIDEO