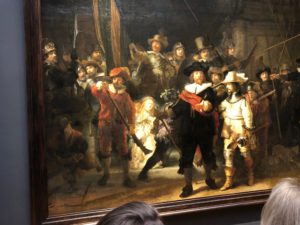 ‘Twas the first night of Virtuoso, and for the six luxury Amsterdam hotels hosting the annual Virtuoso international symposium, 18 months’ planning was coming to actuality. That evening, Saturday March 17th, 2018, started for many with a cocktail hosted at Hotel De L’Europe, where 75 delegates were staying for a night. Hotel GM Tom Krooswijk, with the help of ladies dispensing local snacks, above, and by masses of free-flowing Moët, hosted a magnificent first act. Then the gal and masses of others took the red-carpet walkway to board two canal boats for a fascinating water trip, along Amstel River and turn right along Singelgracht canal – individual Heinekens in hand – right to Stadhouderskade, and a two minute walk across that road to the Rijksmuseum. 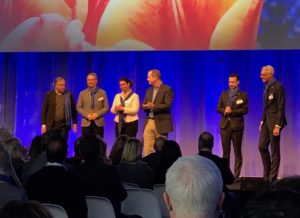 And there, what a thrill. The awe-inspiring complex was open specially, to allow drinks and sensible canapes – things like bitterballen beef croquettes and chicken satays – over networking and more networking before going upstairs to an unprecedentedly easy viewing of the Nightwatch and some of the other 21 Rembrandts that the museum owns (all will be displayed, alongside 60 drawings and some 300 of the 1,300 Rembrandt prints in its collection, in a 2019 exhibition to commemorate 350 years since his death, in 1669). The following day, Virtuoso sessions started in earnest, first at the Passenger Terminal, a highly appropriate venue since seven river boat companies – AmaWaterwaters, Avalon Waterways, Crystal Cruises, Tauck, U by Uniworld, Uniworld and Viking Cruises – were about to whisk everyone on to the water for the next three nights. 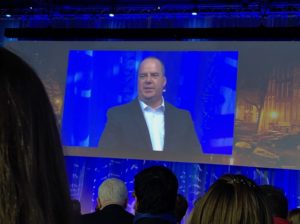 The bosses of those companies were publicly thanked, and then GMs of the six host hotels, Amstel InterContinental, Conservatorium, De L’Europe, Hotel The Grand Amsterdam, Pulitzer Amsterdam and Waldorf Astoria Amsterdam, were called up. Swedish futurist Anders Sörman-Nilsson, in his keynote speech, urged everyone to embrace digital, and then Virtuoso Chairman and CEO Matthew Upchurch similarly backed configurability, adapting to today’s life, and the value of niche-interest communities. Virtuoso now has over 17,500 travel advisors, up 126% in five years. They are affiliated to over a thousand agencies in 45 countries, and in total they achieve $23.7 billion in annual sales. 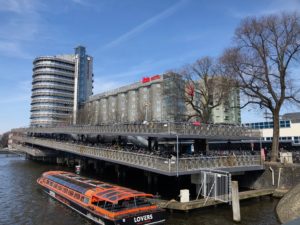 Two and a half tiers of bike racks

Luxury hoteliers must surely be delighted with Virtuoso’s Reserve niche, a category dedicated to the highest-spending clients. Only identified so far in the USA, Reservists are on average 62 years old, but 33% of the total are under 54. They take 8.2 trips a year, spend on average $1,735 per room night with a total annual travel outlay of $128,000. And with that tantalising taster, I had sadly to leave the Virtuoso family to continue on my way, while they made ready to board their boats (for an odyssey that culminated in a final gala in Amsterdam’s Maritime Museum three nights later). As the 591 delegates sailed the Rhine, I am sure they too saw so many Dutch sights, like bicycles in endless squadrons, all kinds of water craft, and also non-luxury hotels suited for most Dutch travellers who would not dream of spending even $173.50 for a room night. AND NOW JOIN THE CANAL TRIP