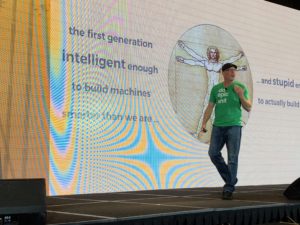 There were luxury hoteliers galore in Hong Kong for the 29th annual Hotel Investment Conference Asia Pacific, HICAP, 17-19 October 2018. Because it had been thought that InterContinental Hotel Hong Kong would have closed by now for renovation, the 2018 HICAP was held for the first time at the André Fu-designed Hong Kong Kerry – a new-look version of the Shangri-La brand. Now owned by New York-based Northstar Travel Media, this was possibly the last public HICAP appearance of two of HICAP’s 3 founders, Horwath HTL and Stiles Capital Events, although Burba Hotel Network will continue to be closely involved. 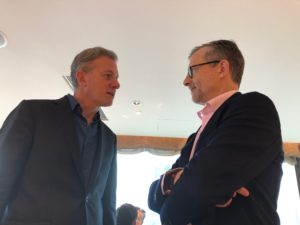 There were 850 delegates. One of the speakers, Microsoft engineer James Whittaker, set a pessimistic tone by forecasting machines will entirely replace humans – they are good at data and humans are not. Already, this surprisingly likeable ageing nerd is a Hilton loyalist, regardless of the property’s service levels, simply because he can check-in and out without any human interaction. STR vp and editorial director of its daily Hotel News Now wire, Jeff Higley, led a pair of quick-fire talks, kicking off with IHG CEO Keith Barr (Kimpton is showing great momentum and he sees more consolidation to come…). 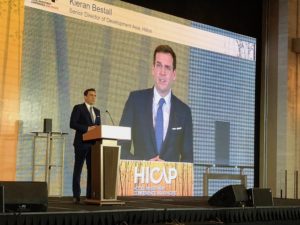 Higley’s STR colleague Jens Palmqvist, director Asia Pacific, shared positivity. Interestingly Asia Pacific’s hotels are now 53.1% chain-affiliated, a growth of 11% (biggest growth is from Jin Jiang, including Louvre and Plateno).  In all China expects 3.1% supply growth in 2018, led by central-west, fuelled by extra high speed trains – and Hong Kong is seeing mainland visitors up 14% this year. Vietnam is now up to 33% of all arrivals from China, but it has 35,000 new rooms scheduled.  Despite so many new hotels, Australia is generally absorbing additional supply and should close the year at 75%. 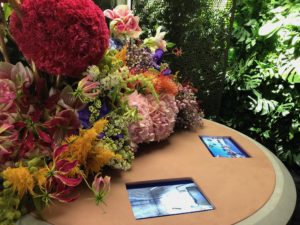 A hint of the new-look Regent was revealed

There were several awards.  Homi Vazifdar expansively praised lifetime achievement winner, Symphony Asia chairman Anil Thadani. Another award, for rising star, went to Hilton’s senior director development Asia, Kieran Bestall, 33, an all-rounder who still plays football in Singapore’s top-amateur Cosmos League.  And there were parties. The first night, Shangri-La Hotels & Resorts hosted a reception at The Kerry.  The next night, IHG threw a spectacular let’s-celebrate-Regent evening (see the video below), with food stations featuring the five senses – this was a follow-on from the immersive ‘Regent journey’ that IHG had hosted earlier in the day for owners of some of its luxury hotels, and other money-people who would like to join that number. Now those lucky enough to have been invited know that the new-look Regent will indeed have touch points that differentiate from other brands in the top-rung space.