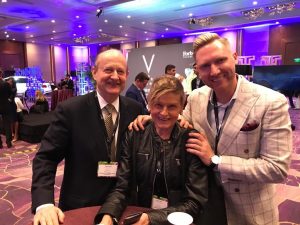 Verified, Forbes Travel Guide Luxury Summit, took place 17-19 February 2020.  For the first time, this annual event of the those running the world’s best properties convened in Las Vegas. 692 registered delegates gathered at ARIA Resort & Spa. There are currently 268 Five Star properties –  Four Star properties are, says Filip Boyen, immensely proud, and they strive to do even better. ‘Recommended’, the equivalent of three-star, implies consistency and having a foot on the quality ladder.

Forbes Travel Guide is headquartered in Atlanta GA. It is owned by Jeffrey Arnold, of life sciences investment Arnold Strategies LLC, , who licenses the name from Forbes, the media giant. FTG, for short, operates in 73 countries. It currently rates hotels, restaurants and spas and CEO Filip Boyen is thinking of moving into cruises. 55 inspectors operate singly or in pairs and always in strict anonymity, working to standards that are heavy on emotional intelligence. The final score is based 75% on service achievement, and 25% on facilities.  Ratings are entirely financed by Forbes Travel Guide, but properties can subsequently buy such support services as training, quality assessments, custom brand standard development and online training with Lobster Ink. CEO Filip Boyen says firmly that paying for training in no way influences ratings. 22 trainers did a total of 2,000 training days in 2019, training at hotels, resorts and spas and also for care homes and private clubs, and luxury retail.

The Verified programme last week included the importance of wellness, with, separately, ESPA founder Sue Harmsworth, and CNN’s Dr Sanjay Gupta, who chaired a diverse panel – see above. Sustainability guru Hervé Houdré, heading H2, superbly shared initiatives he had started both at The Willard InterContinental, Washington DC, and at InterContinental New York, Barclay, and there was a subsequent back-of-house tour to see recycling and other sustainability practices at ARIA.  Make-a-Wish was the 2020 charity. 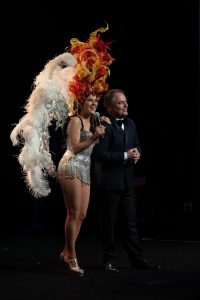 Work sessions and incessant networking culminated in Thursdays’s final gala, with typical Vegas dance acts and hilarious solo performances by Marisa Tomei, whose last Hollywood accolade was Gold Movie’s best actress for her role in in Laboratory Conditions. The food was sensational, from individual Petrossian cans of caviar-topped parsnip panna cotta via buffalo filet to white chocolate mousses with drip-feed flavours above.

In between courses, Filip Boyen announced winners, all determined exclusively by FTG ratings. Hotel of the year, with 98.24% rating, was Twin Farms, in Barnard VT. Restaurant of the year, achieving 99.22%, Wynn Palace’s Sichuan Moon in Macau SAR. Spa of the year, coming in at 99.5%, was City of Dreams’ Morpheus Spa, also in Macau, and Instagram-friendly hotel of the year, Montage Los Cabos Mexico. And then two employees of the year, chosen by Forbes Travel Guide inspectors, were announced. Merrie Freeman, from Wynn, Las Vegas, and a fellow guest relations manager, Sherrita Savage, from Half Moon Bay in Jamaica, got standing ovations.

President Trump happened to be in town, AND the Democratic debate was taking place, but despite travel problems everyone was then transported north along The Strip for an equally memorable after-party, hosted by Wynn Las Vegas. The FTG delegates were welcomed with a hand-clapping guard of honour and, after initial glasses of Dom Pérignon, it was open-bar and Cirque de Soleil.