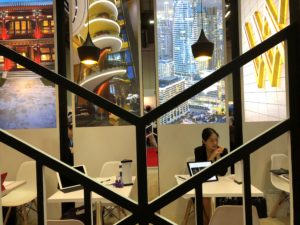 The first-ever ILTM Asia Pacific, May 21-24 2018, was a resounding success – as Charles De Foucault, GM of One&Only Le St-Géran, one of the Indian Ocean’s top luxury hotels, said at the end of the second day, “ILTM is so well organised, and the venue is spectacular’. Marina Bay Sands – see above – has convention space that offers, as someone else said, a venue for a 21st-century ILTM, spacious and bright.  It can certainly cope with numbers (other recent events here have been for tax-free and YPO, and ILTM was simultaneous with a Mary Kay convention and a meeting of iron-ore people).  ILTM took up two of the six main convention rooms, which was more than ample space for 155 main exhibitor stands, holding in all over 553 exhibitors. 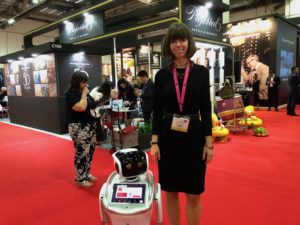 As always with ILTM there was a matching number, 538, of top travel advisors, concierge companies and private travel designers, coming from 16 countries in Asia Pacific, plus seven Russia/CIS nations and 11 other countries (compared to previous ILTMs in Asia, there is 118% increase in buyers from the Indian sub-continent, and also notable growth from Singapore, up 115%, plus Australasia, up 83%, and Hong Kong.  In all, over three days there were 28,829 pre-arranged meetings. Well done to ILTM Portfolio Director Alison Gilmore, and Andy Ventris and the rest of the 20-strong ILTM team for making it all such a success. 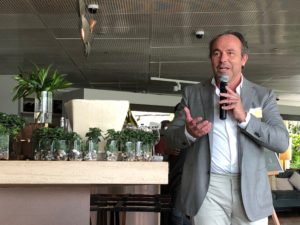 Jean-Luc Naret at the Leading lunch

The opening Forum was held at Ritz-Carlton Millenia, which then hosted the most amazing party – see next Girlahead. Then the serious business began, at Marina Bay Sands. Fifteen-minute meetings ran from 10 a.m. until 6.p.m. for the first two days, closing an hour earlier on the final day to allow everyone to get ready for the winding-down party, on the 57th-floor rooftop deck of Marina Bay Sands.  Every day there were hosted lunches and cocktails galore – yes, I did manage three cocktail gatherings one evening.  Leading Hotels of the World SVP Philip Ho hosted a great lunch at Pollen, a garden-set open-sided restaurant in Gardens by the Bay. 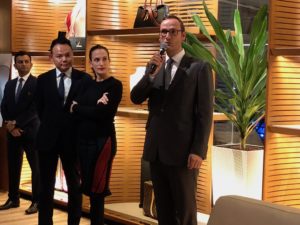 Another day I lunched with a couple of dozen Australians, and others, at the brilliant Red Dot Design Museum (hosts that day were Dolder Grand, and the La Réserve group, whose CEO Jean-Luc Naret had brought along Champagne and wines produced by La Réserve owner, Michel Reybier. And evenings?  No, they did not fade into oblivion. One of the most unusual was One&Only’s elegant soirée in Marina Bay Sands’ Louis Vuitton store, a futuristic sculpture sticking out into Marina Bay – reach it by an underwater tunnel and, once there, it was as chic as Faubourg St- Honoré, with one young salesman patiently spending the entire evening packing and unpacking a $3,500 carry-on bag, just to show how it should be done.  But as we heard constantly throughout this incredibly worthwhile ILTM, experiences are more important than ever. Note: next ILTM Asia Pacific, same venue, is May 27-30, 2019. AND NOW SEE A BIT OF THE OPENING FORUM AND THEN THE LION DANCE, ON THE POOL, AT RITZ-CARLTON MILLENIA’S BRILLIANT OPENING PARTY