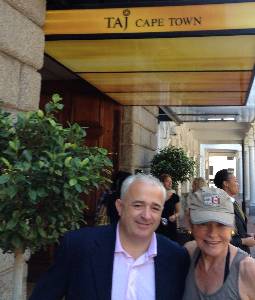 In Cape Town – the world’s favourite city, according to the discerning middle-upper income, middle-ageless readers of The Daily Telegraph in the UK – you should not spend all your time down by the water.  The V&A Waterfront, with two luxury hotels, is magical but so is the city centre, or Central City, as it is called.   First, the gal was fascinated by the display in the Crypt under St George’s Cathedral.

A display commemorates the famous march for peace in 1989, when 30,000 marched, led by Archbishop Desmond Tutu (whose statue is with other Nobel Peace Prizewinners down in Nobel Square). 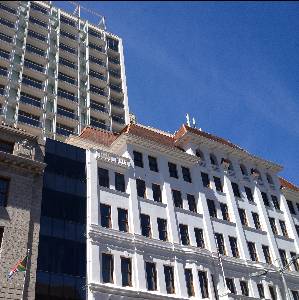 Next, I crossed the road, Wale, to the Reserve Bank of South Africa, or rather the former Reserve Bank.  It and the adjacent Temple Chambers, both historic buildings of the 1890 era, have been skillfully converted to another luxury hotel, Taj Cape Town, one of the Leading hotels so actively involved in the Leading convention of the last few days.

The two heritage buildings are now joined by a 17-floor glass tower.  I love the rooms in the upper floors of that tower because you can have sensational views. But there is so much to see you really need to get out to check out what is around. 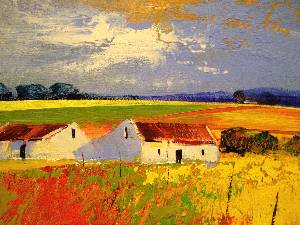 There is art in the hotel, but there are dozens of galleries nearby. The hotel’s own little welcome booklet lists such places as Brundyn + Gonsalves, and Heidi Erdmann’s Erdmann Contemporary & the Photographers Gallery. Still within ten minutes’ walk you have The Cape Gallery and the Michaelis Collection.

If you have kids, how about taking the sightseeing bus, or a Cape Town Carriage tour, in a horse-drawn Victorian omnibus? If it is a Saturday, there is free book-reading, kids’ story time, at 1100 at The Book Lounge.

For the sports-mad, get a bicycle and join locals cycling up Signal Hill, or into Peninsula National Park or, as I did a few weeks ago, round to Camps Bay.  You could even stay home, here at lovely Taj Cape Town, and do a few lengths in its indoor pool, or use its gym. 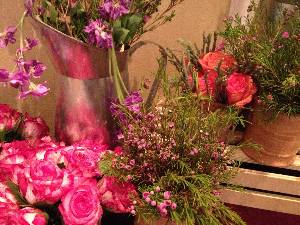 A flower display on the buffet table in the lobby

So much to do.  Wander around the hotel’s main floor. The lobby lounge, once the banking hall of the Reserve Bank, has a display of flowers, and a buffet of cakes.  I look around at Mint, the casual restaurant that flows out on to the pavement sidewalk on such a sunny day as this (remember, Cape Town has 283 sunny days a year).

I look through the glass door to Bombay Brasserie, closed midday, and remember the tasty meal that chef Shyam Longani cooked for me on my last visit. There is a Twankeys (like Widow Twankey) oyster and wine bar on the corner of the building.  Next time I must try some of their wines by the glass. 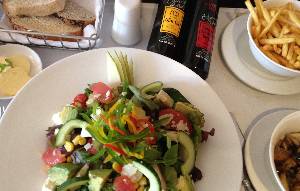 Sometimes luxury lifestyle is merely eating by oneself.  I order up a simple salad, undressed, with olive oil on the side. I also order sides of French fries, and mushrooms.  It arrives with style, on a big wood tray, with dishes covered by gleaming metal cloches.

I read last week’s Economist, to keep me up to date with the rest of the world, but truly, it is almost as if this is the centre of the world.  No wonder all those Brits vote Cape Town top of their love list.

Order a salad in so many other cities and well, it can be miserable, and cost a packet.  Here, in one of the most luxurious hotels in this idyllic city, a salad like the one shown costs only 75 rand (US$8.36).  The fries are a mere 25 rand  (US$2.79) per helping. 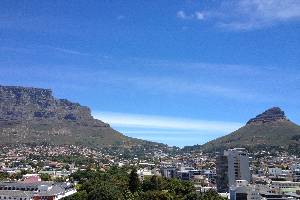 View through the open French window of room 1206

All this, and the view.  I look out of the open French window of room 1206, in the new tower, and look straight up to… Table Mountain.  It is tempting to stay here all afternoon but I have other things to do.  More sightseeing calls.