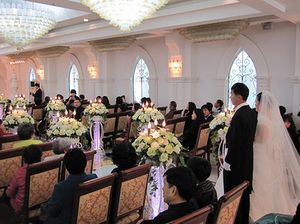 Weddings are big business, around the world – and luxury hotels love’em, says the gal.  In Jakarta it is not unusual to have 8,000 wedding guests coming in and out. At One&Only Cape Town, wedding organiser Adèle Bennett works on all the arrangements ahead of time, and advises the bride and groom on such details as ballroom dancing lessons before the big date. (Once a bride, who had practised in jeans, found her new husband stepped on her train, which came off with the complete back of her designer dress – but fortunately it was repaired in 25 minutes by the duty housekeeper, who happened to be a trained tailor). On another occasion a multi-tiered cake collided with a trolley, and needed redoing. 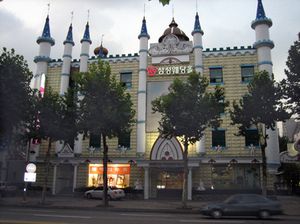 In big Japanese cities, hotels of the calibre of Grand Hyatt Tokyo have splendid on-site wedding chapels, for both western-style and Shinto ceremonies.  In Korea, one of the biggest dedicated wedding halls is owned by Samsung. Among the most prestigious wedding venues, however, is Millennium Seoul Hilton – half of its entire banqueting revenue comes from weddings.  Talking of money, it is the bride and her family who organise and initially pay for the event, but when they arrive guests bring cash, something like US$300 from an important guest. This is discreetly given to a representative of the bride or groom, depending on whom you know best, and in return you get a buffet ticket. 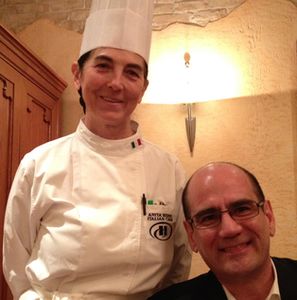 Some guests, whom the bride and groom have never before seen in their whole lives, then rush in, devour the buffet and leave. All this was being discussed at a very non-rushed dinner in the friendly-fun Il Ponte restaurant in the hotel.  Chef Anita Bidini, here eight years and never wants to move, came in to discuss our meal. She had the three Ss, salmon, seabass and steak, what would everyone like and how? She asked the host, Eric Swanson, GM of this busy-busy hotel, and his fiancée, Jun Soo Kyung (SK). The other guests around the circular table were Chi Lee, Professor of Marketing at Pyeongtaek University, and his wife; SK’s pal Eun Namkoong, an engineer, and a bouncy Irish-American, Maureen O’Crowley, VP of Seoul Convention Bureau. 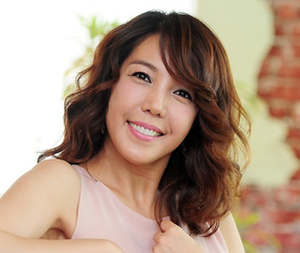 SK, by the way, is Korea’s top musical actress.  Korea has three main television stations and she works with them all. This year alone she has appeared on JTBC’s Her Legend, on MBC’s Gold, Appear! and on SBS’s I Hear Your Voice and Passionate Love.  The guests shared wedding stories.  It is not only the cash gifts to help pay for the wedding, it is also gifts from all the top players to each other. Gifts from the groom’s family to the bride (Cholgap) match those from the bride’s family to the groom’s friends (Hamgap) and from one family to the other, gifts of food and wine (Sangsu). And so on. 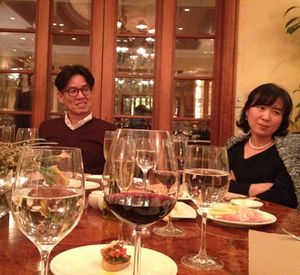 The conversation switched to Psy (deemed passé) and that other singer, Rain, who recently finished his national service here in Korea and quickly flew to Singapore to help open The Shoppes at Marina Bay Sands‘ MCM outlet. Here, at Il Ponte in Millennium Seoul Hilton, conversation passed quickly on to plastic surgery (outstanding). Thailand might be less expensive but it is safer here. Americans should fly here for nose jobs. In USA, it costs $6,000-$20,000: in Korea you can get it for $2,500. The Professor of Marketing had some ideas for marketing this to potential customers, at which the topic evolved again, on to Korea’s KakaoTalk network, which has over 60 million users sending around five billion messages ever day. And so on. 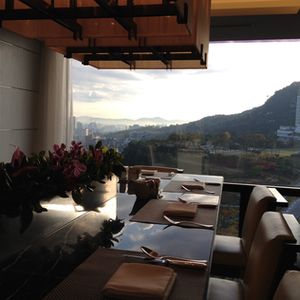 Looking out, at early dawn, from the hotel’s 21st floor club lounge

After Anita Bidini’s burrata, and bifsteak, and panna cotta, I headed up to my current home, also known as a room in this luxury hotel. Girlahead tip, take a room that gives access to the 21st floor club lounge. It has the best view of the adjacent Namsan Park, leading steeply up to North Seoul Tower.  I was there early morning, and the breakfast buffet’s scrambled egg was deliciously fluffy.  The gym, by the way, is 24 hours, and it has 12 runners – and a golf practice court, nothing virtual but real balls.