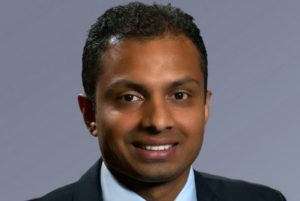 This is a luxury hotel that happens to be at an airport, says ultra-keen GM of Sofitel London Gatwick, Globy Ouseph, firmly. He knows about passion, this hotelier. Back home in Rajasthan – he was brought up at Mount Abu, named after Lord Mountbatten – he learned quality when staying with his parents at Taj Lake Palace in Udaipur, and, a real favourite, Taj’s Umaid Bhawan Palace in Jodhpur (that is the one that persuaded me to become a hotelier, he admits). After studying in Bangalore he joined Oberoi, and then went to London, where he joined the Waldorf Hilton. Its then-GM, Mandy Scott (Amanda Hyndman, now leading GM of Mandarin Oriental Bangkok) has, along with Surinder Arora, been a major influence professionally. 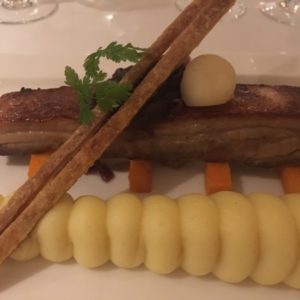 ‘Amanda Hyndman knew I wanted to be a GM so she made me her PA for nine months and I learned so much. But now, running a hotel at an airport, I have many more experiences every day’, he says. The 518-room hotel did open, back in 1990, as an airport hotel. It is, after all, connected by airbridge directly to Gatwick’s North Terminal. It opened as Forte Crest and then was gradually upgraded along the way, first to Le Méridien and then, in 2005, to Sofitel. It is actually managed by Arora Hotel Group, led by the ultra-passionate Surinder Arora (the last Arora hotel I stayed in was the equally-lovely InterContinental London O2 but that comes without an airport attached). This means this hotel, like all in the Arora family, is franchised, but, says Globy Ouseph, it is to all intents and purposes a Sofitel just like any other – though perhaps some others have more signs of Frenchness. 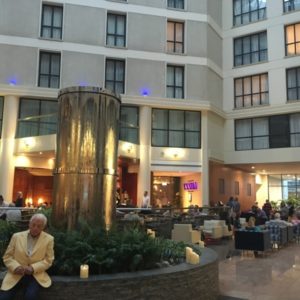 I love the flowers and changing colours at check-in (see above). Candles that appear early evening, around the central water feature, and stylishly by the Express Check-out, are a Sofitel signifier. Here there are a couple of C’est Magnifique signs, and staff are supposed to say Bonjour and Bonsoir. Interestingly, all restaurants, however, show Asian touches. There is a pure Pan-Asian, a very-casual Urban and La Brasserie, where we ate. Cleverly, they allow you to do one course (£22.95, two courses (£29.95) and so on. This is a crisp white tablecloth restaurant, with small candles and even smaller orchids, and lovely servie. After a generous house salad to start, I went on to the restaurant special, braised Somerset Old Spot pork belly, with mash, and obviously I had to drink French, in this case Gamay Pinot Noir Louis Jadot NV. 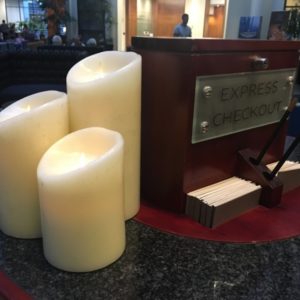 .. and, stylishly, at express check-out

Globy Ouseph is a people person. Every day one guest is picked, at random, to be Guest Of The Day, and given access to the eighth floor club lounge, and a 10% discount in all food and drink. When he was appointed here, this April, about the first thing he scheduled was six minutes, one-to-one, with all his 250 team members. They have a very tough time as although, as he stresses, this is a LUXURY HOTEL that happens to be at an airport, average stay is 1.1 nights, and 60% of those who stay are going on holiday (though there are also many business repeats). Every night they do at least 400 dinners, half of whom are staying in other hotels around. He motivates his team with sports events, a WhatsApp circle, ‘A Passion for Excellence’, and he is making a video of his staff. Appreciation is what makes luxury stand out, he says with a big smile. NOW SEE WHAT AN AMATEUR REVIEWER POSTED, BELOW, ON THE HOTEL