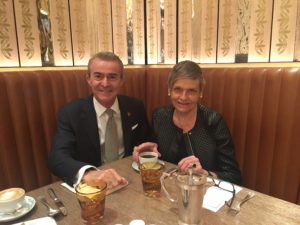 London’s Dorchester will be seen as the best hotel in town, promises recently-arrived GM Robert Whitfield, who heads UK for The Dorchester Collection. Brighton-born, he is a real luxury man, who started his career along Park Lane, at InterContinental Park Lane under other big names, Graham Jeffrey and Peter Kromberg, and then spent many years with Four Seasons, latterly on Hawaii. Now, the gal wonders, will he add a bit of Aloha spirit to the iconic Dorchester? Over breakfast in the Grill it was fascinating to see the healthy side coming in, with the two buffet stations suggesting berries and yoghurts and such new items as chia seeds, and, if you want, egg white omelette with avocado. 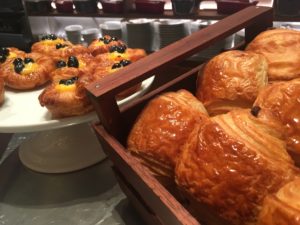 But you can still have your baked goods, beautiful made-here croissants and petits pains au chocolat, or the full English. Head just outside the Grill to the Promenade, also designed by Thierry Despont, and a different menu even offers a Laurent-Perrier breakfast, the full English with fruit, and ham and more, and, if you want it, a range of Harney&Sons teas. Having finished my spell in the Grill, I headed to the rear of the Promenade, through an embossed leather door at the far end and into the banqueting area. I was in town for the 29th annual Deloitte European Hotel Investment Conference, an event that always pulls in an amazing assembly of big players from all over (last-but-two Deloitte hospitality boss Alex Kyriakidis, now heading Marriott Middle East and Africa, flew in, but he is less and less recognisable now that so many other top males now also have completely bald heads). 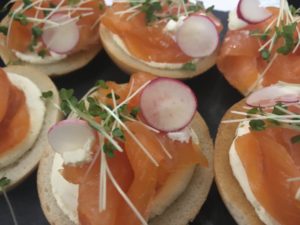 New head of hospitality and leisure, Deloitte, Andreas Scriven, had lined up an impressive list of speakers. Capital Economics’ Roger Bootle is always entertaining – in UK he is far more worried by Corbyn than Brexit, which to him will not make much difference, either way. Despite what had happened in Riyadh three days before, he was surprisingly unworried, in fact, by the world right now: on balance, he thinks Kim and Trump will get round to a dialogue. STR MD Robin Rossmann showed European RevPAR growth in 2017 will be 6.5%, bettered only by North Africa’s 41.8% (starting from a low base, and factored by the Egyptian pound), and European occupancy is 10% higher than in 2008. And then it was time for another food break – breakfast here, before the event, was superb passed-round food, things like mini-burgers and smoked salmon on half-rolls. 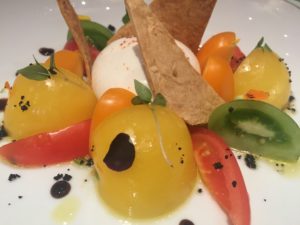 Later, speakers included such big names as KSL’s Coley Brennan, Mövenpick’s Olivier Chavy, Zozu’s Hans Meyer and Equinox’s Chris Norton (who sadly did not reveal anything new about his forthcoming wellness-themed luxury hotels). And in between such words of wisdom another significant name, Gerald Lawless, now officially retired and ready to talk about executive directorships, hosted a quiet, away-from-the-crowd lunch in The Dorchester’s Bar. Time certainly flies when there are worthwhile people to listen to, and to learn from.