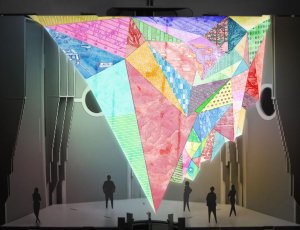 In today’s world, luxury hotels that ‘do’ something win hands down over those that merely rest on their laurels, and their reputation. Just as The Siam in Bangkok will be part of Bangkok Film Festival so, far away in London, Andaz Liverpool Street is part of every top design event in England’s capital.

This is the hotel with the longest history in town: the Bethlehem Hospital was on this site, 1247 to 1676, and the present hotel building was put up by Sir Charles Barry’s family in 1884.

Ever since it became part of Hyatt on January 1st, 2007, it has been hyper-active – this July, it celebrated the Olympics with a food marathon showcasing, over 26 days, dishes from one of the 40 nationalities represented in its 400-strong workforce. 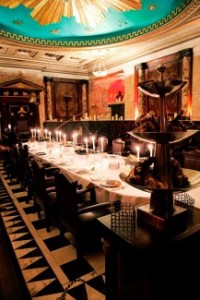 The gal would love to be there, September 14-23, 2012.  That is when the hotel becomes part of London Design Festival.  Its contribution will have two main elements, led by a Prism Cabinet.  What is this, you might ask.

Well, Keiichi Matsuda and Studio Swine have combined to produce a holographic representation, with a portal connection, to the Veuve Clicquot Prism installation (for which read showpiece) in the V&A (for which read the Victoria & Albert Museum, across London on the Cromwell Road).  This means that you can check in to the 267-room hotel – the first Andaz anywhere, by the way – and see the V&A installation live, as it were.

You merely look at the cabinet in the hotel, one inlaid with parquet wood, its doors revealing the holographic contents within.  You will be able to share in the real installation’s three-scale images, apparently divided into Human, Networks and Urban alternative views of London.  And if this is all too much for you, merely settle for a glass, or two, of real, live Veuve Clicquot in one of the hotel’s bars. 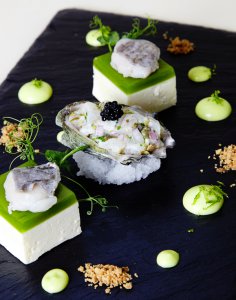 Andaz’s other special offering during this time is Eggcentric, an artwork, if you can call it that, by Linda Monique, who apparently is a food designer.  She is taking 1,444 eggshells, which represent one percent of all eggs that the hotel uses every year.  She is filling these with coffee bean compost and sprouting herbs to create what she calls a ‘scrambled breakfast foodscape’.

He is obviously egging on – sorry for the pun – Ms Monique to do yet more.  She is devising edible scrap-lab products from unused items in the hotel’s five restaurants, say jars of Darjeeling-infused marmalade. 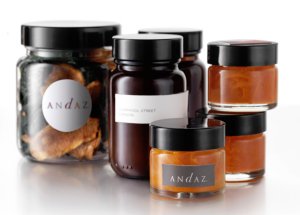 And on two nights, September 19-20, 2012, Linda Monique is devising a sustainable feast, with a four-course menu paired with wines, eaten in four different venues around the hotel.

Highlight of this progressive meal could well be a carnivore homage tasted in one of the hotel’s two Masonic temples, now its basement gym – the display here will be a sacrifical foodscape of ribs, bones and decadently marinated and roasted offcuts.