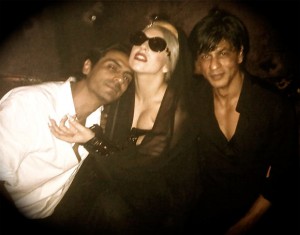 ‘It is evolving at an unprecedented rate. The powerful Confederation of Indian Industry (CII) and A.T. Kearney said on October 10th that growth over the past year is about 20 percent, which means it is now $5.8 billion.

Luxury products are up 29 per cent. Jewellery, electronics, cars and fine dining have grown beyond expectations, while clothing, accessories, wines and spirits have continued strong growth. 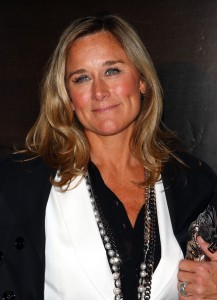 ‘Burberry is the edgy “young old label”, according to its London-based American CEO Angela Ahrendts. At The Economic Times’ luxury conference in Delhi last week she spoke about Burberry’s collaboration with the not-so-well-known Irish band ‘The Feeling’ for its single, Rosé,  released last month.

Burberry’s Chief Creative Officer Christopher Bailey says music is a hugely important facet of the Burberry world. With the launch of its Burberry Body perfume he wanted to create an iconic soundtrack that reflects the sensuality and attitude of the fragrance. He has long admired The Feeling.

‘Also at the conference Michael Norsa, CEO Salvatore Ferragamo, admitted his company has been slow in expanding into India (like Armani, Ferragamo has a partnership with real estate major DLF but it has not led to any new openings).

‘This last month showed resurgent India, coming in the aftermath of the mis-managed Commonwealth Games where the country’s ability to deliver was questioned. The first-ever Formula 1 Airtel Grand Prix of India on October 30th, 2011, actually made India shine!

The 3.1-mile Buddh (‘calm’) International Circuit, designed by the great Hermann Tilke, is owned by Jaypee Group, a conglomerate headed by Sameer Gaur.

It is at Greater Noida, 18 miles from New Delhi. No-one, honestly, really gave the F1 a big chance in India. Jaypee group went in with commitment and dedication to pull off one of the best circuits in the world.

Sebastian Vettel – the 24 year old who has a clear shot at equalling Michael Schumacher’s record wins in a season – led the 60-lap race from the very start. He started from the pole, led every lap and also did the fastest lap, a trio of achievements which won him the inaugural Indian Grand Prix.

Afterwards the celebrity contingent partied the night away. Many were at actor Arjun Rampal’s Lap Buddh International Circuit after-party. Star Shah Rukh Khan was there, as was Lady Gaga.’