The gal has already written about Diplomat Resort & Spa Hollywood FL immediate-past and present, what about its history? In 1958, Sam Friedland, founder of the Food Fair supermarket chain, opened the 750-room Diplomat hotel here, and it became one of Southern Florida’s great hotels, along with the Eden Roc and the Fontainebleau. Names associated with it included the Kennedy family, Sammy Davis Jr, Judy Garland, Bob Hope, Liza Minnelli and Frank Sinatra. But the great hotel aged, and in 1998, having been been bought for $30 million by The United Association of Journeymen & Apprentices of the Plumbing & Pipe Fitting  Industry of the US & Canada, was intentionally imploded. 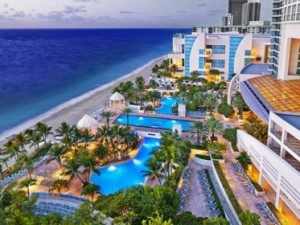 A budget of $400 million was given to rebuilding the hotel. Architects Nichols Brosch Sandoval & Associates were commissioned to design a 1,000-room hotel and convention centre, which ultimately, after a total spend of $850 million, opened as the Westin Diplomat in 2002. In November 2014, new owners Thayer Lodging decided to run it themselves, as a franchised member of Hilton’s Curio Collection. They realise they have a jewel on their hands: look down, from any of the sea-facing rooms, at the gigantic outdoor leisure and entertainment area, with its interlinked succession of pools, as well as a long stretch of beach. As I found during my stay, this is kids’ heaven. 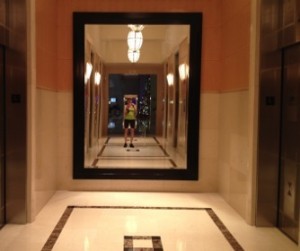 There will be a massive renovation of bedrooms but already the public areas can cope with what the new-look Diplomat will be – a branding company is working on that new-look culture, the DNA of today’s Diplomat, right now. Already what was a lobby kiosk called ‘Ingredients’ – how off-putting – has been renamed the attractive ‘Fresh’, with resulting long lines of customers. I hope no change is made to the main lobby, a soaring glass atrium with 46 lifesize palm trees. Yes, they were real but, like Lenin, they are preserved forever, the leaves and trunks made fortunately fire-retardant, all achieved by a plant taxidermist company called Ambius. 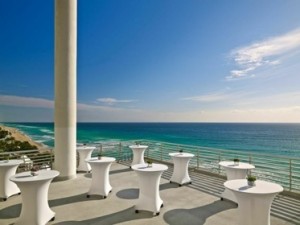 I am sure that no change will be made to the massive space that this luxury hotel offers. Looking at this outdoor terrace I feel I am on a cruise ship, which reminds me that I must go and pack, quickly, because that is exactly where Girlahead is headed next.