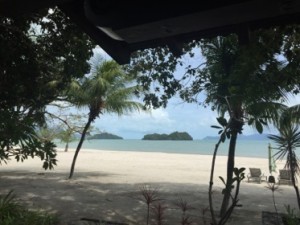 Who would not covet a view like this? Well, Prince al-Waleed – who has just stated he will give much of his $35 billion fortune to the Just Giving charity campaign – was obviously smitten when he saw the spot back in 2007. There was a resort owned by Malaysia Airlines here on the north-east tip of Pulau Langkawi, Malaysia. He bought the venture, and it is now Four Seasons Langkawi, very nicely settled on 90 acres between the beautiful white sand of the Andaman Sea and, half a mile away, the gigantic UNESCO-heritage Kilim Karst Geoforest. The gal was similarly entranced when she was shown to Villa 6, right on the beach (and yes, this is the view from the terrace). 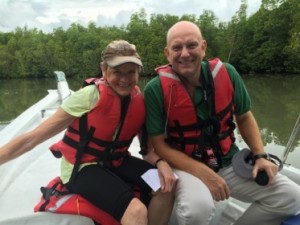 Of course there are other magnificent beach-set resorts but this 90-room beauty has some unique qualities. For a start, you are hidden in among rainforest trees and undergrowth. Walkways are formed of old rail sleepers, taken from which ancient railroad, one wonders? Dine beach-side in a blue and white open-sided restaurant (seafood, mainly), or Italian, or Malay, in a traditional Peranakan style building, or on its terrace. Climb around decorative pools and along raised sleeper walkways to get to your spa villa for a fabulous Ilä treatment. Negotiate your black city bike around cobblestone roads. But top of the unique ladder is a trip into the Geoforest. 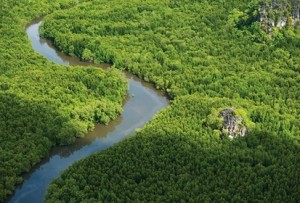 Looking down at the inland waterway

Hotel GM Andrew Harrison has only just arrived back in Malaysia and he was as keen as me to take a tour with top naturalist Aidi Abdullah, just about to publish his second book on the area. We set off in a near-silent motorised pinas boat and in 90 minutes only passed one load of tourists, and a moored boat with three extremely mature locals fishing. Our skipper had eyes like a hawk. He spotted vipers sleeping, coiled around narrow tree branches and shielded by leaves. He saw a Macaque monkey, treetop and supposedly on guard for the rest of his commune playing in the undergrowth but in reality sucking a leaf thoughtfully. There are 15 different mangroves here, said Aidi Abdullah, showing how the rhizophora grow seeds that sprout down vertically, like arrows: after about 10 weeks an arrow falls off, plunges to the bottom of the water and immediately grows as a separate tree. 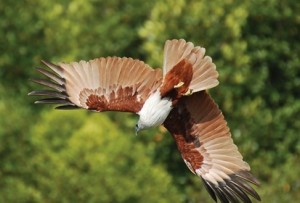 The eco-system is such that mangrove keep both water and air pure, and allow birds and fish to thrive. We saw numerous white-bellied sea eagles and Brahminy kites, we just managed to get through a tunnel of low-set mangrove branches – I remember my last mangrove adventure, in Abu Dhabi. And then it is back to our luxury hotel, for icy-cold Hendrick’s, tonic and cucumber as we looked out to sea at some of the other islands that constitute the Langkawi archipelago. How many islands, I had asked Aidi Abdullah? Depends how you count. At low tide some two, or more, islands become joined, so some say 99 islands, some say 104. What one can definitely say is that the landscape is extraordinarily like Haiphong Bay in Vietnam, but it is, apparently, on the same porous limestone fault, formed by tectonic plate some 550 million years ago.