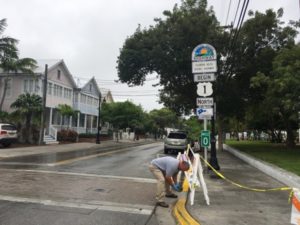 Start of Highway One…

What is there to say about Key West? Well, it is 127 miles south of Miami, three and a half hours’ drive down Florida Overseas Highway, the southern part of Highway One. And as the photo left shows, this can indeed be the start of the road that heads all the way up the eastern seaboard of the US. In the past Key West was a retreat: Ernest Hemingway wrote 70% of all his works here, and the Little White House of President Harry Truman is now a museum, a must-visit on the tourist trail. And tourists do come here by the thousand, says the gal – the lucky ones are those who stay in one of the two top luxury hotels, both managed by Waldorf Astoria. 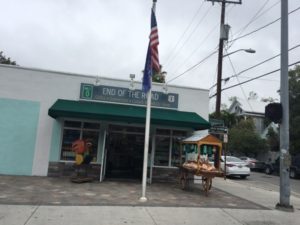 Railroad magnate Henry Morrison Flagler was the visionary who, after permission was granted in 1889, was determined to build railway lines all the way south to Key West, and this encouraged the construction of such buildings as Casa Marina, now a 312-room beach-set hotel. Among the big names who loved Key West were Cary Grant, Rita Hayworth, Ethel Merman and Gregory Peck. Among those who love it now are fanatics of the outdoors, with a good twist of nostalgia, too. There are also wedding parties – this year alone has seen over 80 weddings here on the beach, often with the ceremony in the gazebo at the end of the pier. 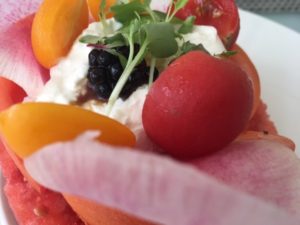 Caprese at Spencer’s By The Sea

Casa Marina’s sibling is The Reach Resort, with only 150 rooms and a charming and friendly Spencer’s By The Sea restaurant, ideal for colourful capreses with deep-fried calamari on the side (at dinner, says Peter Carmichael, GM of both hotels, 75% of all those eating here are local residents who like the informality and laid-back professionalism of the restaurant). It is certainly an oasis, away from the crowds that are taking trolley-bus hop-on and hop-off tours around Key West, the historic town, and taking selfies by End Of The Road convenience store. I am just surprised that the town can service so many visitors, as the cost of living in, or near, Key West is such that workers can barely afford to live here. 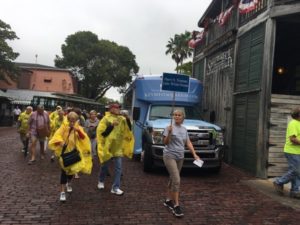 Colourful ponchos for a tourist tour

I hear stories of a hotel manager living in one room that comes with a rent of $5,000 – a month. I hear about three others who share one bedroom. How on earth do luxury hotels manage? Peter Carmichael is obviously a wizard at attracting, and retaining, his team, but that is one of the skills of management in any industry today. And Peter Carmichael, a Toronto boy who has spent ‘several years’ in Asia working with such other brands as, in alphabetical order, InterContinental, Minor and Shangri-La, is thrilled to be back in North America, and back in operations, away from the greyness of corporate.