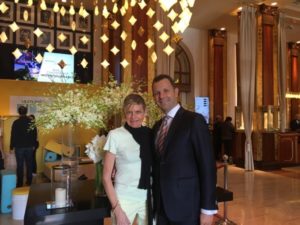 A luxury hotel that has a passionate leader is bound to win, and although he has about ten major events a year when the city of Cannes is completely booked out, Pierre-Louis Renou, who runs Hotel Majestic Barrière, Cannes, especially shines during the annual International Luxury Travel Market (ILTM), which this year ran December 5-8, 2016. But, says the gal, many people started arriving ahead of time: anyone who came in on the Saturday (December 3rd) would have had rain but, guess what, after that the sun shone every day, the whole week. 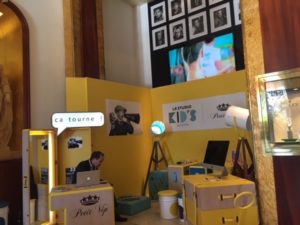 This 349-room hotel was the main meeting point of the top hoteliers and other luxury travel providers, plus the travel advisors who ‘buy’ from them. Firstly, it is directly across La Croisette from Palais des Congrès, where ILTM was held, and during this week every minute saved is such a plus. Next, every single one of the 450-total staff count went out of their way to do whatever. I had a query, for instance, about the gym not opening until six. No problem, from the following morning it stayed open 24/7, and one day there were five others also working out at 5.45 a.m. 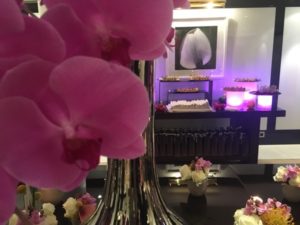 I loved the way the hotel’s lobby becomes the elegant Grand Central or Piccadilly Circus, everything goes on here. What a good idea it was, too, to have a corner showing Petit VIP, the kids’ facility run by Paris-based Ladislas Boehm Rubino. Pierre-Louis Renou says he offers a studio, for kids four up to 12, and they just love making near-professional movies that are subsequently screened to their adoring parents, who in many instances want to take part too. I also love, here in this hotel, any event in its gorgeous seventh floor Majestic Suite, oh so elegant (Cheval Blanc threw a cocktail there one night, and I was just so sorry not to stay longer as the ambience, service, and the food were all perfect). 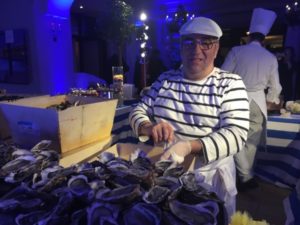 This 349-room hotel was the main meeting point of the top hoteliers.  The French are the first to say that no-one is perfect, but when it comes to food, they are pretty well spot on. Breakfast in the hotel’s Fouquet’s, by Pierre Gagnaire, shows that great displays and outstanding fresh bread, and lots of whole fruit, each piece perfect, go a long way (ask for double espresso, with extra water, and you get coffee that is as good as the simple-to-work Nespresso machine, carefully replenished daily, in your room). Immediately after ILTM, by the way, the hotel closed for three weeks, for refurbishment and for the staff to have Christmas at home – what a clever touch. Before everyone dispersed, however, Pierre-Louis Renou handed out peer-chosen awards, including one for emotional intelligence, to staff members who had headed to the rail station to hand departing children their favourite biscuits. No wonder regulars love this place. NOW SEE MY ROOM, 538, BELOW