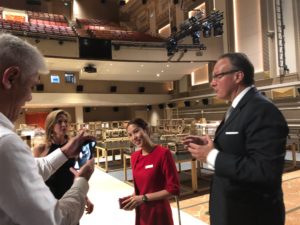 Bernold Schroeder talking at the party

Every key destination needs a strategic opening from time to time and trust Singapore to upstage the world.  In December 2015 it was all ready-set-go for the unveiling of a signature heritage building to open as The Patina at Capitol.  The gal, indeed, was confirmed to stay but four days before there was a meltdown caused by a slight tiff between owners.  GM Tracy Lowe had her full team in place and the lovely Peruvian restaurant, designed by AvroKO, had Pedro Schoffiano as chef.  Goodness knows where both of them are now. 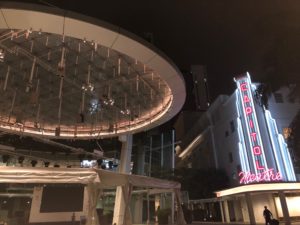 The Plaza, and Capitol Theatre

Life moves on but buildings are more likely to remain. The four-floor classical Capitol Building, at the junction was known as Namazie Mansions when it was put up in 1930 for Mirza Mohamed Al Namazie. After 1946, it was bought by the Shaw Organization and renamed. Shaw ran the adjacent Capitol Theatre, which once seated 1,686 but is now down to 900, and, after a 17-year hiatus, it reopened May 2015 with Singapura: The Musical (a Filipino production which sadly closed suddenly only two months later).  The theatre now hosts rock and other one-off concerts, and supports a complex which also includes Eden Residences Capitol (34 units in all), and offices, and the Capitol Plaza. 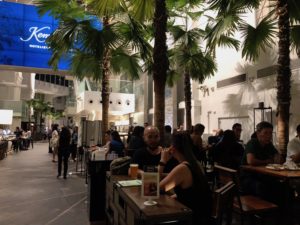 And, just as life does carry on, so the Capitol complex has new management. As of 7.30 a.m. Monday May 21st, owner Perennial Real Estate announced that it would be managed by Kempinski. True to Kempinski efficiency, Bernold Schroeder, a member of the company’s three-man Board, together with Amanda Elder, hosted a cocktail on May 23rd, to introduce the hotel to interested locals and some from further afield.  Remembering that the hotel had been all ready to open before, it was not surprising that show rooms were 100% complete: apart from the restaurant all design was by the late Jaya Ibrahim, whose calm style shows through everywhere. 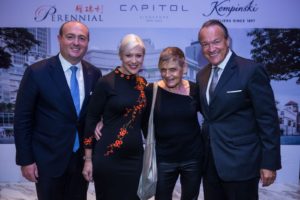 I especially like the way some rooms have baths set longwise, flush with walls that have sand-like waves sculpted on the wall above. The 157-room luxury hotel felt like Kempinski that very night, especially since a couple of the company’s famous ‘ladies in red’ had, together with a female bellhop from Hotel Adlon Kempinski Berlin, flown in specially. The building just seems right for the brand.  It has heritage, and style, and by the time it opens properly in September 2018 it will obviously have a GM and a chef, and an instant following of loyal Kempinski guests, and for those who are addicts of GHA’s Discovery loyalty programme there will undoubtedly be lots of Discovery experiences to be had. NOW SEE A VIDEO OF THE PARTY