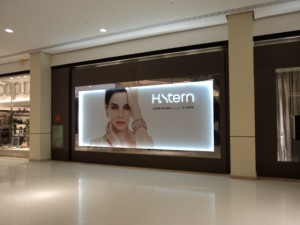 Katie Holmes is the new face of H. Stern, says the global jeweler’s co-owner Ronaldo Stern. Have never seen Ms Holmes look quite like this – she actually looks better when she is by herself rather than with her giant of a husband, one Tom Cruise.

Ronaldo Stern and his brother Roberto now head the Rio de Janeiro-based global jewellery empire that was started in 1945 by their father, Hans Stern, then recently arrived from Germany.

Apparently he was amazed by the beauty of Brazil’s precious stones and made them his life mission and today H. Stern headquarters displays all stones native to this lovely country, aquamarines, emeralds, tourmalines and imperial topazes – the last is exclusive to Brazil, and it is found in only one mine. 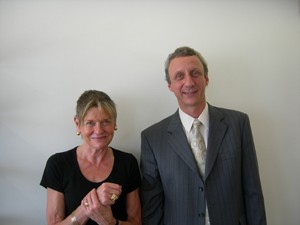 Ronaldo Stern took me round the H. Stern Gallery

Every year, over 100,000 visit the H. Stern gallery.  I was lucky enough to be taken round by Ronaldo, but others have an audio tour, available in 20 languages, showing how a gem finds its way into a beautiful piece of jewellery.

You see highly-skilled workers actually cutting, polishing and finishing stones, which are then classified in the gemmological laboratory. The design department is responsible for drawing and quality finishing control, and goldsmith workshops use 18-carat golds, including noble gold, halfway between white and yellow gold.

At the end of the tour there is a near-medical consultation, one-to-one with a specialist who can produce whatever most people want. 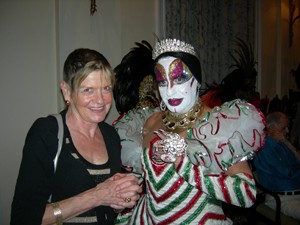 I don't think this Carnival-goer is wearing H. Stern!

For the hotel-restaurant Fasano family, back in Brazil, H. Stern has designed the Fasano Night Watch, a man’s wristwatch with, instead of digits one through 12, has one to six, and 19 to 00 (for midnight).  And the company is very close, too, to such fashion icons as Diane von Furstenberg.