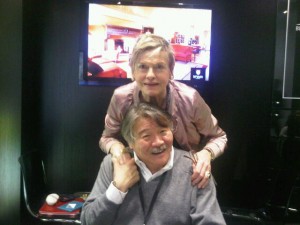 A gal hears about the entire world here in Cannes at ILTM (International Luxury Travel Market). For instance…. the charismatic Jalsa Urubshurow is like a verbal waterfall when talking about Mongolia (he runs Nomadic Expeditions).

I could not stop him talking…  A Kalmuck Mongolian, he was born and brought up in the Mongolian community in Howell NJ USA, became a skilled carpenter, went back to the land of his forefathers and got hooked. 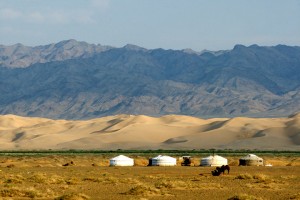 Now his company takes major groups, often alumni of top US colleges, ideally for two week trips exploring the four eco-systems of Mongolia.He has his own 25-room (sorry, gher) luxury lodge, Three Camel Lodge, and is building another one.

Next I met up with Brazil’s top social media guru, the super Amadeu Castanho (who happens to be the brains behind www.girlahead.com) and then we headed for UltraTravel Forum to hear what is REALLY going on in the world. 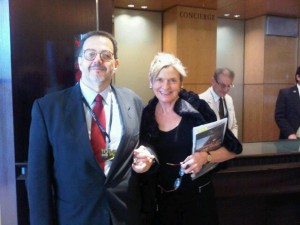 About 2,000 people were crammed into the auditorium to hear the prognosis for the world, and for luxury travel.  John Andrews, Deputy Editor of The Economist’s next year in focus, was admittedly pretty pessimistic. 2012 will be tough, with the euro crisis and elections.

Putin is a certainty but both Obama and Sarkozy are not.  China’s leadership will be decided by the Party. Despite gloom, travel and tourism will grow. Although some may cut trips short, wanderlust will prove immune to the economy. Andrews predicts high-class Asian airlines – ANA, Singapore Airlines and Thai – will start budget subsidiaries. 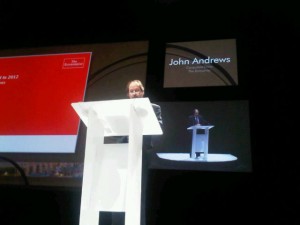 Even younger travellers have so little time that long hours aboard are luxury escapes impossible on the ground (but they increasingly demand value). 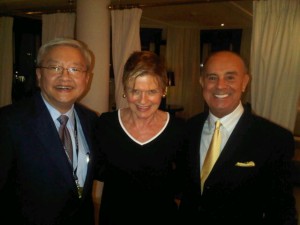 The other panelists included still-new President of Fairmont, Jennifer Fox, a great girl with nerves of steel.  She tottered up the four steps to the platform, in front of all that audience, in a tight-tight black dress and six-inch Louboutin shoes with tell-tale scarlet soles. 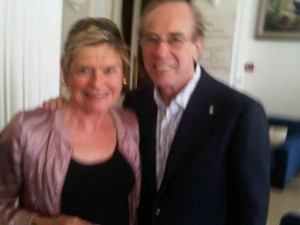 And those top people - like Isadore Sharp, Founding Chairman of Four Seasons Hotels & Resorts - are so NICE

Afterwards, the speakers and a few ILTM insiders were invited for drinks in the Barrière Suite of the Majestic Barrière (which earlier that day had also seen, in Salon Diane, the phenomenally-successful annual Kiwi Collection – Visa Luxury Hotel Collection party – you are certainly a nobody if you do not do that particular before-it-all-starts party).

Yes, all the key players are in town… Sir Rocco Forte, Isadore Sharp with the equally-charming Rosalie Wise (Mrs Sharp, currently designing the Boulud restaurant going into Toronto’s next luxury hotel, the new Four Seasons opening mid 2012.) The gal is busy this week….