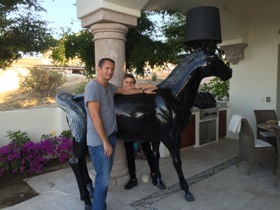 The gal had planned, as she normally does, a one-nighter to check out as many luxury hotels in Los Cabos as possible. Check in, dinner and overnight, check out and move to the next place. But since all the area’s true luxury hotels are still closed post-Hurricane Odile, it was necessary to find a bed somewhere else. True sign of great hospitality is when a hotelier takes pity on a waif and stray and that is exactly when happened in this case, when Frédéric Vidal, MD of Las Ventanas, generously showed how he could offer hotel hospitality at home. In some respects it was even better than any hotel – how many hotel rooms have one of Marcel Wanders’ Mooi horses on the terrace? 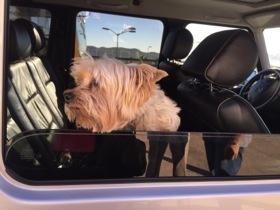 I first met the Vidals in Monte-Carlo, where Frédéric, who had headed protocol in the French embassy in Beijing during his compulsory military service stint, found no protocol challenges running SBM’s Les Thermes wellness complex. Later, he sorted out my WiFi when he ran Maia in the Seychelles, and after that he disappeared from general hotel view while he was hidden in dozens of Abu Dhabi palaces. It was there, in UAE, that the family acquired Jerry, the Yorkie trained to regal standards, with a VIP passport. Arriving in Los Cabos, Jerry somehow made it a day ahead of his attendant family. During the hurricane, he was at a pet hotel as all Vidals were out of town. He was unfazed. 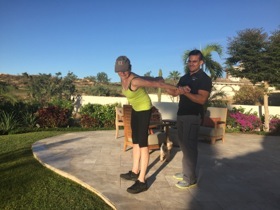 Jerry provided non-stop entertainment during my stay at the Vidal ‘luxury hotel’. I even had a personal trainer, a ferocious never-give-up muscle-man called Caesar who was as ruthless as Jerry was cute. One hour of Caesar reminded me yet again that personal trainers really do work – I think of the guy at the Meliá in Baha Mar who got me hooked on TRX stretch straps, and James Duigan and his Bodyism. Many who merely go to a gym really do not tax their bodies enough. Have others noticed, by the way, that 20 minutes on an elliptical at level five can result, according to the machine in anything from 75 to over 200 calories being used? 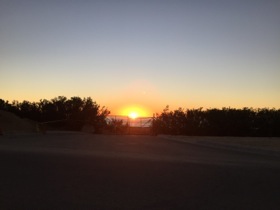 In fact my stay at the luxury Vidal ‘hotel’ rushed by, and, as always in any ambience, I quickly developed a routine. As at my own home, my breakfast berries had to come out of the refrigerator way ahead of being needed, to bring them to ambient temperature and full flavour. And then, as the sun rose, I was out for a power walk, before showering and getting ready for the breakfast that is truly worth an article all of its own…