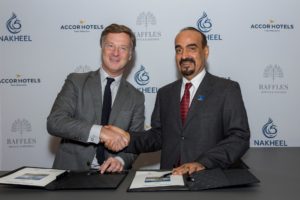 The 16th annual International Luxury Travel Market, ILTM, took place, as always, in Cannes, Monday-Thursday, December 4-7, 2017. As always every top luxury hotel, worldwide, seemed to be there – the gal just did not have time to talk to all 1,670 exhibitors, let alone the 1,662 hosted buyers (travel advisors), for whom a clever computer managed to schedule a total of 66,292 appointments. 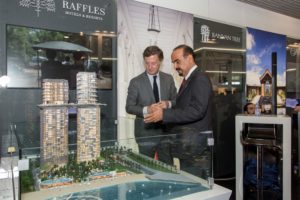 .. looking at their forthcoming Raffles Dubai

There was lots of hot news. On Tuesday morning AccorHotels’ Sébastien Bazin flew in to announce, with Nakheel Chairman Ali Rashid Lootah, a stunning Raffles project on Dubai’s Palm – PALM360, to be the Palm’s highest building (853 feet), a 125-room hotel tower and a separate residences tower, the two joined, at 558 feet high, by a 508-foot over-air swimming pool. 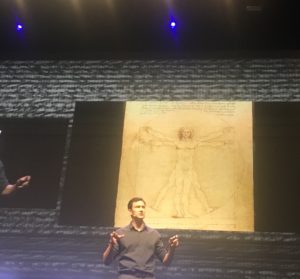 Monday was the Forum, when ILTM’s Alison Gilmore presented the ILTM Mary Gostelow Award to Virtuoso’s Matthew Upchurch (see above). There were five outstanding 15-minute presentations, culminating in Chris Kutarna, author of Age of Discovery, comparing today’s uncertainty to the Renaissance, when the period 1450-1550 marked the end of the mediaeval and the start of the new world. Kutana later told me that he personally sees luxury’s biggest evolution becoming exclusivity and privacy • Also yesterday, YouGov released data specifically for ILTM: among many findings, after talking to 3,610 luxury travellers in 14 regions worldwide, from the Americas east to Australasia, a staggering 82% said privacy has never been more important to them than it is today – this even extends to those close around (69% of ultra-wealthy Americans downplay their worth even to immediate family members). 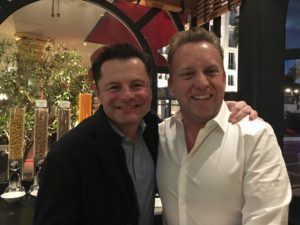 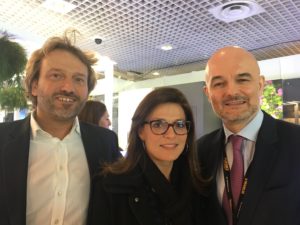