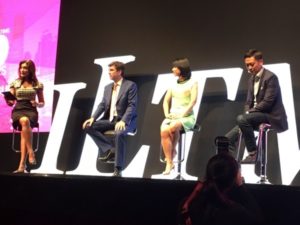 Yes, it is that time of year again, when any luxury hotelier who cares about the lucrative Chinese market heads to Shanghai for ILTM Asia (as Chris Stafford, CEO of the fledgling 137 Pillars brand says, the show is ten times more worthwhile than when he was last here, a couple of years ago). This year, the tenth ILTM, there were 500 exhibitors, and nearly that number of tip-top travel advisors from 18 countries. As always, the event, managed by ILTM Portfolio Director Alison Gilmore, started with a Forum. Rupert Hoogewerf, founder and CEO of the definitive Hurun Report, shared details of rich Chinese. Ten years ago there were 18 Mainland billionaires, in US dollar terms – now there are 470. 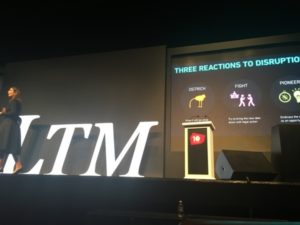 A panel discussion, moderated by BBC World linkman Sharanjit Leyl, followed, with Wall Street Journal columnist Wei Gu and the CEO of Xanadu, Zan Wu, who pointed out that only 15% of all Chinese have passports, but at luxury level these billionaires are often educated overseas, and when travelling they follow art and auctions, they like running marathons and they often travel in gangs. Africa is big at the moment. Next on the agenda was sharing-economist specialist Rachel Botman, author of What’s Mine Is Yours. When it was published in 2008 no-one thought it would be taken seriously and she was worried stiff that her first royalty check only showed 12 books had been sold (no, said her grandmother, you only sold six as I bought six cheap on Amazon). 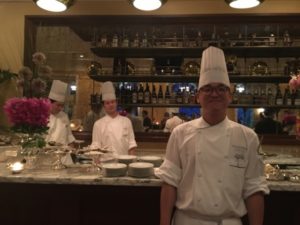 Some of the Peninsula team

Now, of course, whether it is sharing someone else’s house via Airbnb, or a car, through Uber and others, sharing is mainstream. After that discussion there was a memorable welcome cocktail with really splendid food from Portman Ritz-Carlton, and champagne by Taittinger, a sponsor of this year’s ‘special’ ILTM. ILTM’s media guests, who included Nathan Lump, the Editor in Chief of Travel+Leisure, were, however, invited to Peninsula Shanghai, which always finds a unique party venue. In 2015 it was the hotel’s spa. This year it was the terrace of the adjacent former British Consulate building. Peninsula Champagne and oysters were served from the indoor bar: outside, trees were floodlit as musicians played (see the header photo at the top of the page). 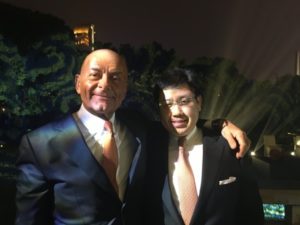 Peter Borer, COO of The Peninsula group, welcomed everyone, and in his unique style managed to talk to every single guest there. He was supported by Joseph Chong, who runs The Peninsula Shanghai, and all the GMs of most of the luxury Peninsula hotels in Asia, including Beijing’s Joseph Sampermans, who is in the midst of a complete rebuild of his property. I had some of the plumpest oysters I remember, and headed for bed. Now see this video, below, of Rupert Hoogewerf’s Chinese millionaire presentation.