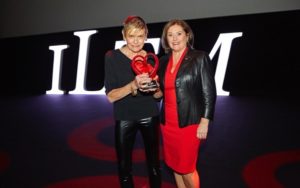 ILTM Portfolio Director Alison Gilmore announced today, Monday June 5th, 2017, that ILTM Asia Pacific will move to Singapore – note the date, now, May 21-24, 2018, Marina Bay Sands (who have kindly provided the image above).  She also revealed that a new event, ILTM China, will remain in Shanghai to be re-focused for buyers and planners of outbound luxury travel from China.

ILTM Asia Pacific will be re-positioned to represent the whole of Asia, bringing more international buyers. Alison Gilmore promises to create a show that will be as international as Cannes, with the same ambiance, story and stature but set in the dynamic heart of Asia – Singapore, considered to be both the region’s gateway and its hub.

World Wealth Report 2016 states that by 2025 Asia-Pacific’s HNWI high net worth population will more than double to 11.7 million. Already, luxury travel is outpacing ordinary travel in the Philippines, Singapore and Thailand and ILTM Asia will now focus on this growth, collectively bringing together international and regional luxury travel suppliers to boost and build business from this dynamic region.

ILTM China, meanwhile, will be repositioned specifically to bring Chinese luxury travel planners and buyers to meet with international exhibitors of luxury products and services. The latest Cap Gemini World Wealth Report (2016) shows that HNWI numbers leapt by 16.2% in China, the largest gain of any country. Steve Odell, SVP & MD, Asia Pacific, Norwegian Cruise Line Holdings Ltd, points out that, like many other corporations in Asia, NCL already has separate businesses for mainland China, in Shanghai, and the rest of Asia, in Hong Kong (business model, demographics and consumer profiles are quite different, so dedicated focus makes strategic sense). ILTM is to be congratulated for creating dedicated shows for the very different markets in the Asia region.  Details of both ILTM events from www.iltm.com