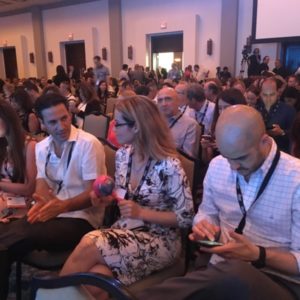 It’s showtime again, showtime, that is, for luxury hotels and other travel elements in the great continents of The Americas. Yes, the fifth ILTM Americas began this very Monday, September 26th, 2016, held as always at Fairmont Mayakoba. This time there were equal numbers of exhibitors (300) and invited travel advisors (300, of whom 71% were making their first-ever trip to ILTM Americas). As always, the hard work of one-to-one meetings was preceded by Monday’s Forum, and this was the best yet. First, it had a theme, ‘How to win friends and influence people’. Next, it had one of the world’s most charismatic hosts, Brazilian media man Pedro Andrade. 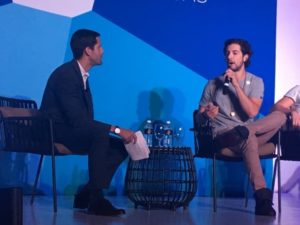 Pedro Andrade is mesmerised by a Summit speaker

I have written about Pedro Andrade before – learning English back in Copacabana, he was talent-spotted by Mario Testino, travelled the world as a top model before getting into television, where he now has his own show on NBC’s lifestyle network, LXTV. At the Forum, he first introduced Matthew Luhn, a charismatic character who evolved from animating with Pixar to become a key story-teller. Always have an opening handle, he said, and you need a middle and an end, and along the way you need what he calls a ‘save a cat’ moment, something totally emotional. 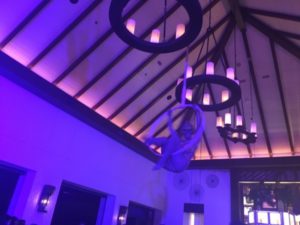 Next up came three circumlocutionary and long-winded young male rebels, all white, all Americans, who are part of the Summit team that has paid $40 million to turn the US’s most popular ski resort, Powder Mountain UT, into a community of the future (Pedro Andrade was obviously more fascinated by them than some of the audience, who did not understand what it was all about). But then came Bill Saturno, a hilarious National Geographic archaeologist who started his career as a child burying his mother’s silver teaspoons in dirt and then trying to find them, generally unsuccessfully. The discoverer of the priceless San Bartolo Mayan heritage site urged travel advisors to use professional guides for their clients. 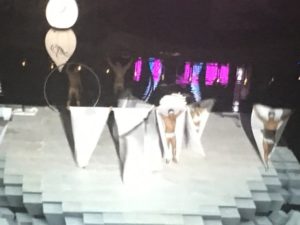 ..others look down at 3D mapping on the lake

There were also a couple of educational sessions, one on Mexico, the other on adventure travel – I especially liked listening to Warsaw-born Milo(sz) Pierwola, who gave up law in New York for what he really wanted to do, lead wilderness expeditions. His has built this now-job into a whole way of life, working with colleges and companies, leading find-yourself expeditions, sometimes challenging people on a one-to-one basis to stretch themselves to their personal mental and physical limits. It is a far cry from luxury hotels, admittedly, but, says Milo, he is happy. Which he was not, as a lawyer. WATCH THIS ADVENTURE LEADER EXPLAIN HIS START, BELOW