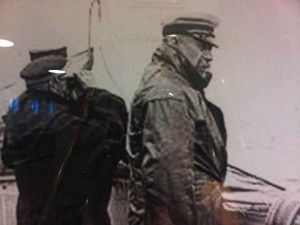 Prince Albert I of Monaco goes to sea ..

Everything, including this luxury expedition ship Silver Explorer, has a history.  Among the old photos lining the walls of corridors is one of Prince Albert I of Monaco aboard the Princesse-Alice yacht.

It looks worth finding out about this sailor, thinks the gal.  He obviously had an exciting life.  For the record, he was born 1848 and in 1869 he married the 18-year old Lady Mary Hamilton, whom he had met the previous month (the following year she ran away from him, and later married a Hungarian nobleman, Prince Tassilo Festetics von Tolna). Prince Albert later married an American widow.

His great love seems to have been the sea.  He served in the Spanish navy and fought in the French navy during the Franco-Prussian War, after which he was awarded the Légion d’Honneur. His love of oceanography resulted in new measurement and exploration techniques and he founded Monaco’s Oceanographic Museum.

In 1896 he discovered the Princess Alice Bank of the Azores and the naming of Albert I Land on Spitsbergen was in honour of his four scientific cruises to Svalbard. 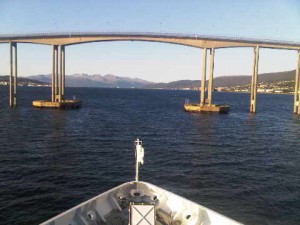 ..he would be very proud of the navigation skills of Silversea cruises, so closely associated with his descendant and ruler of Monaco, HSH Albert II

Monaco is headquarters of Silversea cruises, which remains privately owned by the Lefebvre family, from Rome. It has six ships currently sailing. Silver Explorer, built in Finland in 1989, is the doyen of the fleet.

Next came Silver Cloud, built in Italy in 1994, setting the trend – all subsequent vessels are Italian.  All are registered in the Bahamas.  History has established the traditions aboard luxury cruise ships. 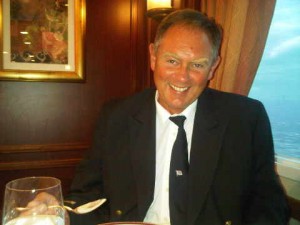 Jan was onboard pilot all the way down the Norwegian coast

Legally as well as historically, safety drills must be carried out before the initial sail. Before getting anywhere near a destination, a pilot comes rushing out in a pilot boat to be put on to your ship to guide it into port.

We took on Jan back in Tromsø and he sailed with us during the entire Norwegian sector of the voyage.  He makes enough money on such one-ship contracts to be able to take his family regularly to the Mediterranean on holiday. 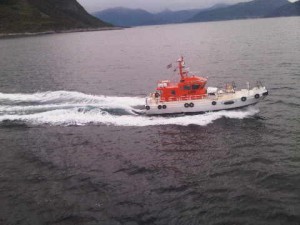 Later, off the Scottish Isles, a pilot boat speeds towards the ship…

In earlier days luxury voyagers would have had their own servants with them but those days are long since past.  Two years ago Silversea introduced butlers throughout their ships.

Initially this was resisted by some passengers, who had been more than happy with the two cabin maids who looked after their cabin and several others, too.  At the end of the last century these room maids were Scandinavian or German girls, then they morphed into East European and thence to Filipinas. 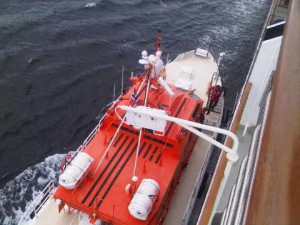 .. and transfers a locally-specialized pilot, for a few hours

How to put butlers into this setup?  You used to be able to contact laundry or room service direct, now it has to be done via butlers.  I am happy to say that Silversea has now got its butler programme working smoothly.

Your butler discovers your likes and dislikes, and does not get in the way.Our butler, a Mauritian called Dinesh, was so excited when he saw an eyeglass case stamped with the name of Four Seasons Mauritius – he had trained there during his hotel school programme. 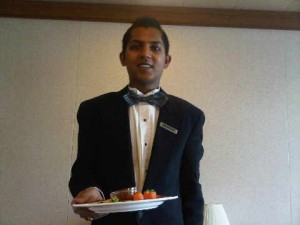 Dinesh the butler was trained partly at Four Seasons Mauritius…

Here, during the day Dinesh wears white shirt and black trousers, with a proper black morning coat for evenings.  If you want champagne he will bring it, and he pours the Pommery superbly, and later puts a stopper in what is left.

He quickly discovered that your favourite canapés are smoked salmon.  If he sees a pair of shoes that are wet after a trip, he takes them away, returns them dry, wrapped in tissue paper.   Dinesh works in tandem with an Englishman called Reuben, who came from top hotels in Yorkshire. 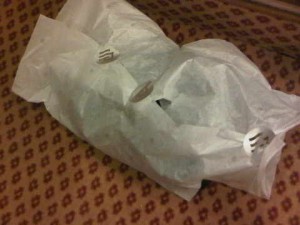 .. when he saw sodden trainers, he took them away and brought them back dry.

Onboard, chefs work to a historical tradition of one set of menus per voyage.  Stay on for two voyages, back-to-back, and you know you will be offered lobster on night three – although there is always a choice.

Our chef takes history further: he adds to his menus dishes written by a distant aunt.  He shows me his well-thumbed, and well-loved, cookbook, Neues Kochbuch, published in 1846 by his ancestor Sophie Armster.  It is all in German but I can make out that this is her ‘Prastisches Kochbuch’.

Sections include fricassées, with 25 varieties, and ragouts, also 25-strong, including ‘mock turtle’, which was created in the mid-18th century as a cheaper imitation of green turtle soup.  Heston Blumenthal, star of the memorable DINNER restaurant in Mandarin Oriental London Hyde Park, has posted a video of his own mock turtle as part of his Victorian feast. 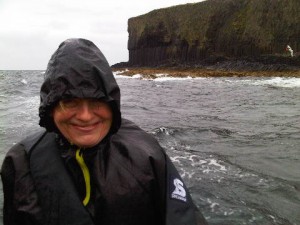 History comes in again and again to our daily briefings, reminding us how we tried, off Staffa Island, to get to Fingal’s Cave. Although Silversea ships have lectures onboard, only Silver Explorer makes them an essential part of the cruise experience.  Every day there is ‘rehab’ – sorry, recap.

This means the head exploration guy, Robin West, goes through what happened today, and the programme for tomorrow.  Then two to four of the nine onboard exploration team will explain some phenomena.  Juan from Colombia might explain a geological fault.  Hans-Peter from Austria might talk on the natural history of Europe.

We are told Europe has seven percent of the world’s land but 11% of it population, with 72.5 people per square kilometer.  Europe’s longest river is the 3,690-km Volga, its biggest lake is Russia’s Ladoga.  Europe has 11,000 different plants, 260 mammals, 489 birds and 531 freshwater fish. 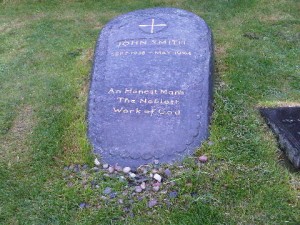 The simple, but moving, memorial stone for John Smith, on Iona

And of course we visit sites of history, daily.  We call in on Iona, a 3.4 sq mile spiritual island in the Inner Hebrides that was given to the people by its former owner, Lord Fraser. The Irish monk Columba came there with 12 disciples in 563 AD and set up a monastery.  In 1208 a convent was established.

What you see today is a permanent community of 100, who have Europe’s tiniest post office and a small supermarket. There are also two eco-friendly hotels, the Argyll and the Columba, both of which have well-labelled organic gardens.

People come here to see the convent ruins, several amazing Gaelic crosses, and the monastery, rebuilt to house the Iona Community. This was founded in 1938 by the Rev George MacLeod and it welcomes anyone, to stay and enjoy daily prayer and bible-reading.

Many come, too, to pay respects to the stone for the greatest UK Prime Minister who was never to be, John Smith MP, 1938-1994, who succumbed to a massive heart attack the morning after saying at a fund-raising dinner ‘The opportunity to serve our country – that is all we ask’ (no subsequent party leader has shown such genuine patriotism). His memorial has had to be turned through 180 degrees as so many traipsed over neighbouring graves to pay respects to John Smith.