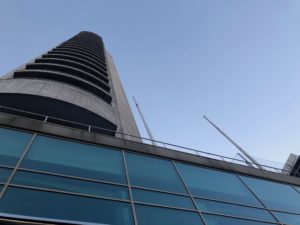 London Hilton is an institution, soaring 28 floors above Park Lane, near the Hyde Park Corner end.  Previously, Londonderry House, all of three floors, stood here, but that was knocked down to be rebuilt, by architect William Tabler, as the 448-room Hilton, a trophy for Conrad Hilton who ceremonially opened it in 1963.  It remains Hilton’s consistent third-best performer, globally, partly thanks to the concern of its owners, L&R, and to a large degree to the thoughtfulness of its long-standing GM, Michael Shepherd, shown above in the main lobby. 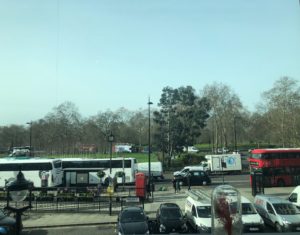 View from the lounge

On March 7th, 2019, he accepted the award for Hilton’s top hotel in the UK, plus two other accolades, for the hotel’s staff appreciation and for its community spirit. As much an institution as the hotel, he first came here back in 1976, as a trainee, and apart from short spells running what is now The Langham, London, and The Savoy, A Fairmont Hotel, he has been Hilton ever since – up the Nile, in Maseru, you name it. Since he came back here as GM in 2003 he has done so much.  He switched the club lounge from its 26th vantage point (nice views but impossible to get food and drinks properly delivered) down to the first floor (easily reached from the ground floor, and much simpler on the service side). 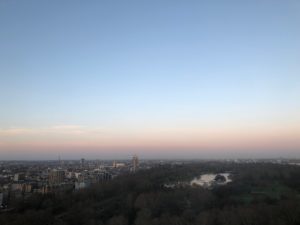 The hotel has memorable restaurants and bars.  Ground floor offerings include the eternal Trader Vic’s, where the sensible join the free Mai Tai Club for 15% discounts, and head there on Fridays for salsa lessons.  As well as the ground floor Podium, for copious breakfasts and anything else, day and evening long, there is a champagne bar off the lobby, and, operated separately, a weekends-only nightclub, Drama, that does not open until 10.30.  In 2006 Michael Shepherd brought in restaurateur xxx to give his name, and touch, to the rooftop Windows on the World, and now Galvin at Windows is another popular venue, lunch and dinner. Here, try local produce, say Dorset crab with avocado cream, and roast chicken breast with asparagus. 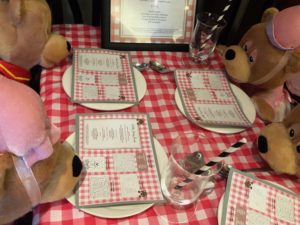 If he is not doing yet another television show you might also see Windows’ French Maitre d’, Fred Sireix – look him up online and you find details of all his television work and such charity initiatives as Right Course, introducing prisoners to the service industry, but no mention of Hilton, which is perhaps just a little unfair as it is this hotel that has put him on the media map. But this is a luxury hotel that is doing more than fine, anyway, with all ages, all sectors of business. You might well share one of the automated elevators with a black-tie party enroute to their annual dinner dance, or with veiled princesses going to buy yet another jewel from Moussaieff, in the lobby. And on your way out you, like me, will be entranced by the display advertising a children’s tea party. VIDEOS SHOW SUITE 2409, AND PODIUM’S BREAKFAST