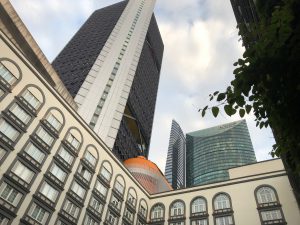 Mexico City is a sprawling conurbation of nine million people and, it seems, just as many electric scooters that whizz around, in and out of traffic (which, when it rains, and especially on a Friday afternoon as offices are already packed up for the 2.5-day weekend, is stationary anyway).  It also has dozens of superb museums and well-tended public gardens and parks.  But, says the gal, if you stay at Four Seasons Hotel Mexico City there is no need to leave. This luxury hotel is a self-contained oasis, an eight-floor open-centred square with most of its 240 rooms facing in, down to the central garden, lush with indigenous trees and plants. 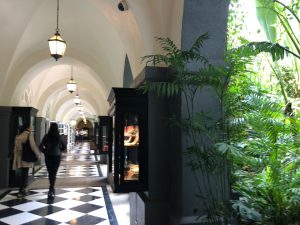 Interestingly this hotel is owned by BK Partners, the same outfit that owns Mayakoba (apparently they are now developing a One&Only and a Rosewood at Mandarina, Riviera Nayarit).  Here at Four Seasons Hotel Mexico City, says its Maltese GM, Ian-Robert Ciappara, it is like having three hotels using one set of facilities. Bedroom business is 90% corporate Monday to Thursday, and then a second lot of customers, increasingly millennial weekend couples of groups of friends from the USA, takes over.  The third lot of guests are the locals who use the ground floor, and that lovely garden, every day and evening of the week.  In the five years since my last visit the whole ground floor area has been, well, electrified. 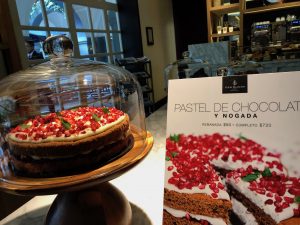 There are lounges with stately-home portraits and communal tables dotted with electric sockets for any-time co-working (who needs WeWork when they have such facilities as these, especially as the corner Pan Dulce, beautifully set up, appears to do brisk business selling coffees, cakes and much more)? The club-look Fifty Mils bar is the local bankers’ hang-out, serving such concoctions as Frijolito, namely Bulleit bourbon cooked with beans, plus Don Juan 70, lime juice, agave honey, and tonic. Sadly as I arrived late night and left early afternoon I did not try anything so imaginative: there was not even a chance to make a Mezcamaica hibiscus cocktail from the various ingredients waiting in room 702. 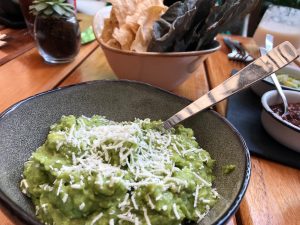 Guacamole in the garden

I jolly well did use the L’Occitane lavender pillow spray, though I was so tired I could have slept on the floor – the one benefit of arriving at such an hour is that the traffic is less.  The following morning I walked around the block, outside it, so to speak.  My Uber arrived in two minutes, though one of this super hotel’s ultra-keen bellmen immediately rushed out to find it, leading it back into the porte cochère with a big Mexican grin (Ian-Robert Ciappara says turnover among his 480-strong team is practically zero).  I was back here, of course, for lunch with ‘the boss’.  We sat on the Zanayalas restaurant terrace, in the garden.  And it was imperative to start with guacamole, and it did not disappoint (cannot wait to come back for more…) SEE ROOM 702