Luíza Gustavovna Salomé, born in St Petersburg in 1861, became a friend of the famous, people like Freud and Wagner.  Known also as Lou Andreas-Salomé, the Russian psychoanalyst is immortalized forever at the luxury De L’Europe hotel in Amsterdam. Find out why, later on….

The hotel, one of the co-hosts of the Leading Hotels of the World convention a few days ago, is owned by Heineken.  And there is a stunning wrought-iron, back-lit silhouette of Alfred Heineken, known as Freddy, in the hotel’s lobby. 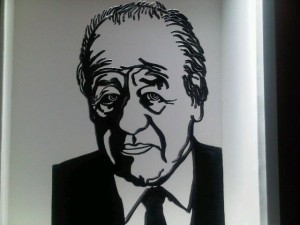 Freddy died in 2002, and the Heineken empire is now headed by his daughter, Charlene, who is married to former child actor Michel Rey, today known as Harvard grad London stockbroker Michel de Carvalho.  They have five children so the Heineken dynasty will, fortunately, be ensured.

This, the only Heineken hotel, is as quality as the beers.  Its renovations were finally completed earlier this year. Gosh, Cees Dam, the architect-designer, has been brilliant. 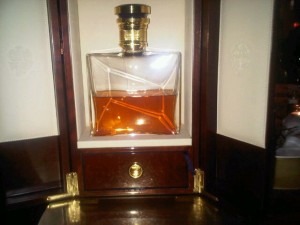 The John Walker, €500 a tot and going like wildfire

He has incorporated former outdoor areas into indoor courtyards, paired unmatching floor levels and amazingly produced a workable labyrinth. The back of the lobby, behind the Freddy silhouette, is a Promenade of soft tomato-orange, with glittering Rembrandts and glittering chandeliers.

Head to the bar, Freddy’s (natch), a cocktail-type venue with Bol Bechstein baby grand piano.  The barman takes down a polished cherry-wood box (same as a Bentley interior). He opens it, to reveal a half-empty Baccarat bottle of The John Walker, Johnny Walker’s premium, selling for €500 a tot. He has so far sold seven, in six weeks, and not all to the same aficionado. 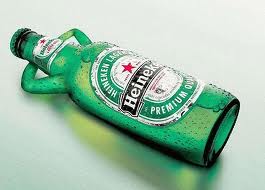 Time for a Heineken, or for bed?

De L’Europe’s experienced and talented GM Tom Krooswijk then shows me the ten-seat private dining room of Bord’eau – the main restaurant is closed Sundays and Mondays.

And next he shows me the glass-walled humidor, a cigar-smoker’s heaven.  This – an inside travel tip – is where the Salomé Club meets, the first Tuesday of every month.  Ladies only, and the high society of Amsterdam, I am told.

For other mere mortals like the girl, the only alternative is, I suppose, to head for afternoon tea, or for a glass of Heineken, or to try one of the De L’Europe’s memorable and unique bedrooms….