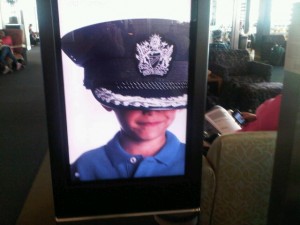 A woman’s place in public is to sit beside her husband, be silent, and be sure her hat is on straight, said Bess Truman.  Those were the days…now titfers, things on your head, have three functions.

First they protect a gal, whether on the slopes or just generally out in the cold.  Next they can be uniform, like this dear little guy in British Airways’ new campaign.

They can also make a statement. See the sketch of Linda Evangelista. Claridge’s, London, is one of those luxury hotels that is  on-off-home of such fashionistas as shoe designer Christian Louboutin, plus of course endless European royalty and non-titular ‘royals’ of the calibre of the forever-together diva Joan Collins and her husband Percy Gibson. 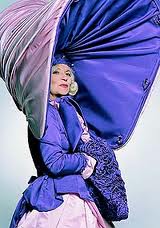 GM Thomas Kochs has introduced an artist-in-residence, David Downton, known for his catwalk coverage.  Among Claridge’s guests he has sketched for posterity is none other than supermodel Evangelista.

Queen of hats, for me, is David Shilling.  He once loaned me a fake-flower confection to wear to the Melbourne Cup. Flying all that way to Melbourne, from London, meant its card box had to be hand-carried, and its contents sprayed by Australian agriculture.  We both survived.  Not so on the return. 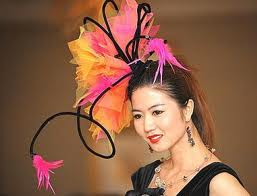 Qantas refused to let the box go handbaggage.  Despite its ‘fragile’ label it arrived back flattened to two-fingers high.  When David saw it he cried – until I showed him tapes of the hat on Channel 9, and big pictures in Australian Business. He jumped with joy.

Every year David designed a hat for his mother Gertrude to wear to Ascot.  With the passing of Mrs Shilling had an era come to an end? Yes, the maddest of hatters might, one thought, have had his imagination diluted. 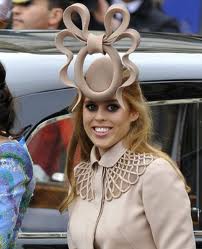 A hat at The Wedding

But someone else thought he could take up the reins.  We all know the ugliest hat in the whole wide world of the 21st century… the Philip Treacy monstrosity that poor Princess Beatrix wore to the Royal Wedding.  This turns a ‘fascinator’ into a ‘provocatator’.

Questions arose, was it sending out signals to flush out Gaddafi, or send messages to aliens?  If it looked like a mega pretzel why was it not actually edible? To her credit, she did sell it on eBay for something like £80,000 (would love to know which charity benefitted). 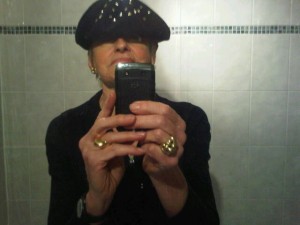 Treacy was brought up, with eight siblings (only one sister) in a Co Galway household. How on earth did HE become a mad hatter?  He does actually produce some lovely designs, and others that make one smile, and happy, and that is what all non-essential hats should do.

The gal’s latest headgear is a black Breton beret with enough spangles to take her to any Billionaire Club (I hear the one in Monte Carlo, hosted by the Fairmont, is flourishing, must put it on the list). Go girl…