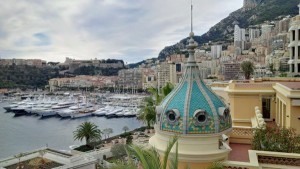 Over the past few years, the Sybaritic Single happened to be celebrating his birthday at luxury hotels or onboard airplanes. However, in reality he never looks forward to this day – and not only because it coincides with St. Valentine’s.

A few years ago, just before turning 30, the Sybaritic Single has lost the love of his life and went to suppress his sorrow to Venice. Sitting atop Hotel Danieli, this was probably one of his worst memories, especially as the band kept playing ‘My Heart Will Go On’ at the candlelit restaurant filled with roses in all shades of red. The following morning the Sybaritic Single, wishing to be left alone, sailed to the infamous Isola do San Michele in hopes to discover Diaghilev‘s grave.

“One way?”, inquired the cashier at the ferry ticket counter with a cold smile.

After the Venetian fiasco, the following year the Sybaritic Single decided to go to a place where neither his birthday, nor the annoying St. Valentine‘s would be celebrated – or so he hoped. Yet, the luxurious Kabul Serena Hotel was all full of couples, pink balloons and heart-shaped strawberry cakes. Once back in his room after the dinner of solo romance, the lone voyager discovered an enormous birthday cake, complete with a set of candles and a touching bouquet of wild flowers waiting in his room. Just after his departure, the hotel suffered yet another attack which killed 13.

Eventually, having lost hope to find a peaceful retreat, the Sybaritic Single concluded that he would spend his next birthday in sheer luxury rather than escaping whistling bullets – and departed for Monte-Carlo. Côte d’Azur has a tender allure in winter, refreshed by cool trade winds and without annoying crowds. Soaking in a warm open air Jacuzzi and catching cold rain drops on his face, looking into endless dark evening skies above the Mediterranean, it proved to be a timeless bliss.

This is why today the Sybaritic Single is back in Monaco, preparing to enjoy a glass of Champagne at Hôtel de Paris in the evening. He just hopes that the band at that luxury hotel will not start playing the ‘Titanic‘ theme or a birthday tune as he walks in. Being left tête-à-tête with memories and the mobile phone silenced, is another metamorphosis of luxury.