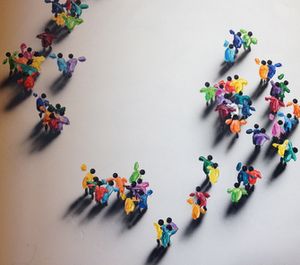 Local art at the airport

The Bahamas are full of art – the people are so expressive, so vibrant. This piece is at Nassau airport, which has three stunning new terminals since my last visit (one big advantage of booking at the Baha Mar luxury hotels, when they open around April 2015, is that VIPs can be met plane-side and rushed through immigration, and, on departure, escorted again right to the plane door, though there is an hour or so, says the gal, when you are without your minder in a forever line waiting to go through US immigration here at Nassau, before getting airside). 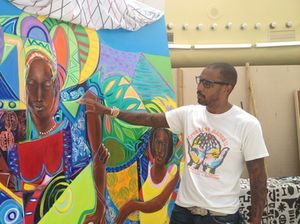 John Cox and a commissioned work

Baha Mar will have over 2,500 works of modern Bahamian art, which are called, here, ‘moments’. John Cox, the complex’s Creative Director who came from running the National Gallery of The Bahamas, has a team of six. They commission or buy the pieces, decide what should be hung where, and catalogue minutely. Some of the biggest canvases, like the one John Cox shows here, were commissioned specially for the February 2014 topping out of what will be five hotels with a total of 2,900 rooms – there will also be some art hung in the clubhouse of the Jack Nicklaus par-72 golf course, which is already finished. 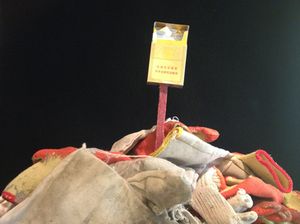 There will be art hung, as well, in the Baha Mar casino, a light and airy space, with croupiers in white manning 125 tables and 1,200 slot machines (the casino is managed by Global Gaming Asset Management GGAM, with my long-time friend Mike French on the ground here – he is busy training 350 Bahamians to be croupiers). There will also be pop-up art shows, like the one at the moment in what is called the Glass Bridge. John Cox invited two Bahamian artists, Veronica Dorsett, and Diaget Moss, to be artists in residence. After a month their works included a pile of workers’ gloves: the $3.5 billion Baha Mar project is funded by the Export-Import Bank of China and many of the construction workers are Chinese. 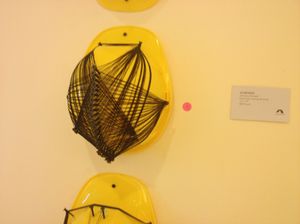 No-one can say how many workers there are creating the luxury hotels that will constitute the 1,119-acre resort though you could count the hard hats. A few would be missing. They have been commandeered as art works, holding cats-cradles of string atop, to produce yet another of the fascinating works in this pop-up art exhibition. I was impressed, also, by a rough-wood desk and chair cantilevered, as it were, from the wall of the Glass Bridge. John Cox said he built it himself in a couple of hours as he needed a welcome desk for this art exhibit.