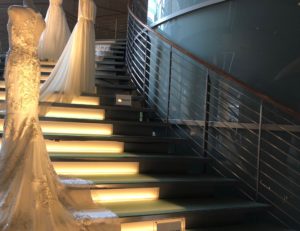 Dresses on a staircase

Having recently studied the wedding business in India and Sri Lanka, with a bit of Korea thrown in, the gal was keen to find out more about marital coupling in Japan. As luck would have it, the massive Grand Hyatt Tokyo was hosting one of its four-times-a-year wedding fairs. In all over 200 engaged couples would come to the day-long event, held over four floors of the 387-room hotel. The fair also spills over to the luxury hotel’s wedding terrace, where a special photo-area looks like another of the modern sculpture exhibits for which this hotel is renowned. There are dresses on mannequins on the stairs, and dresses being modelled on real-live models, as shown in one of the videos below. 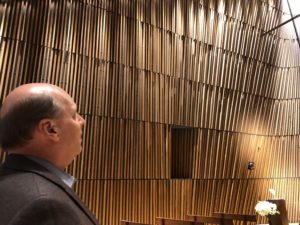 American GM Steve Dewire has now been in Tokyo for three years and honestly, he has immersed himself in the culture as if he had been born here. He showed me the 50-foot high Grand Chapel for Christian ceremonies – look how ageless it seems, he said of the 14-year old structure. He took me to the Shinto temple (see a video below) and told me how it all works. He has 18 full-time wedding salespeople, who between them expect to sign on the dotted line at least 35 weddings this very day, for anything up to nine months ahead. A deposit will be put down, the remainder paid on the day, when guests also know by tradition how much cash they are supposed to bring along, as their gift – they then get back, as a bridal gift, something worth roughly half of their own donation. 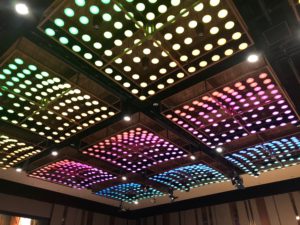 In all the hotel will do at least 564 weddings this year, sometimes as many as 12 in one day, and careful logistics must by tradition guarantee that no bride sees another. The number of guests can be as small as ten, as large as 450, with average of 85. Since everything is so carefully planned, with about four meetings between the hotel team and the happy couple, the expected number will always be the actual number. Typically the hotel provides everything except the groom or bride – if they wish to bring their own clothes, for instance, there is a ¥30,000 ‘corkage charge’ for the bride, and a ¥10,000 ‘fee’ for the groom, though if either wants to rent from specific hotel partners, Hatsuko Endo Wedding in Ginza, or Le Noce in Nishi-Azubu, the fee is waived. 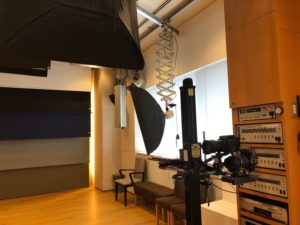 Photo studio at the ready

There is also an additional fee if guests want to bring any gifts other than money (they are charged from ¥300, say for chocolates, other than buying from the hotel, or from such partner department stores as Nihonbashi Mitsukoshi, Nihonbashi Takashimaya and Shinjuku Isetan. Chapel and table flowers are included in the agreed price, as are photographs and beauty for the bride (guests can also be made-up at cost, as long as they book at least a month ahead). Grand Hyatt does indeed live up to its name. It has a highly technical photo studio which could make even a rag doll look like Miss Japan, and it has recently invested ‘millions’ in Japan’s most advanced LED system. Working with lead architect Naoyoshi Taniyama and Yamagiwa Lighting, the ballroom has 2,400 individually-programmed LED Pendant Lights, 18cm in diameter, with full colour spectrums that can be programmed into pre-set patterns with 16 levels of illumination. The display can also be customised, say to present patterns themed for the happy couple, synchronised to music. How technology can enhance this luxury hotel’s basic let’s-get-married product. NOW SEE SHORT VIDEOS OF MANNEQUIN-BRIDES BEING READIED, ONE OF THE FOUR-FLOOR WEDDING FAIR, AND THE BALLROOM CEILING