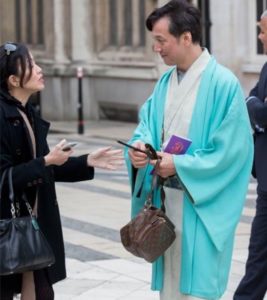 Takanori Nakamura, above and to the left, is one of two keynote speakers at the customary forum that precedes  ILTM Japan – the other speaker is Katsura Yamaguchi, SVP Director Japan and Korean Art at Christie’s.  Nakamura-san is a magazine and newspaper columnist and television commentator, and he heads the Japanese team at the annual judging panel of the S. Pellegrino best restaurants in the world. ILTM Japan takes place at the gorgeous Conrad Tokyo luxury hotel, February 27 – March 1st, 2017.