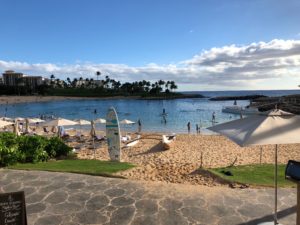 Humans can do it, fish do it, and hotels can do it, namely change their look and change their name. Back in the 1980s the resort of Ko Olina was established on the south-west of Hawaii’s Oah’u Island when a local man, Herbert Horita, and Takeshi Sekiguchi together invested in constructing four man-made lagoons, and later hotels. Ko’Olina ownership passed to Japan Airlines and then to The Resort Group, led by Jeff Stone. Along the way, after a year’s transformational hibernation, one of the resort’s hotels went from J.W. Marriott to Four Seasons.   The gal was told that about $250 million was spent on making this a true luxury hotel, and some of this investment went into two additional pools, one of which, adult-only, is the longest infinity pool in Hawaii, shown above. 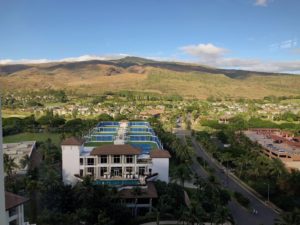 Five tennis courts atop the spa

Stay at this 380-room hotel and you have lots to do. There is also a lagoon beach, and you can now sign at Ko’Olina’s Ted Robinson golf. Parents appreciate having another Ko’Olina hotel, Aulani, a Disney Resort & Spa, in close proximity, for which read a few yards away, as they have additional kids’ facilities. Adults revel in a serious spa, with five tennis courts on top: the spa’s saloon does big business in getting bridal parties looking their best, typically for ceremonies on the beach. And, of course, there is eating and drinking. Michael Mina was a guest at Four Seasons a few months ago, which led to discussions with the hotel GM, Sanjiv Hulugalle. 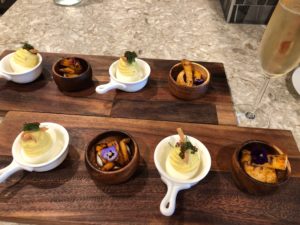 As a result – yes, more change – the hotel’s seafood restaurant became MINA’s Fish House on December 16th, 2017. What has changed, I asked. Too early to say, I was told. The menu looked enticing, say steamed lobster pot pie with brandied truffle cream for $95 (if you must do meat, a tomahawk ribeye for two is $175). This is a hotel that goes for quality first, accompanied by value, though I was not able to try any of those dishes. I was, however, shown a superior Penthouse Suite, newly designed by Mary Philpotts and, a typical Four Seasons surprise-surprise, the tour ended with perfectly chilled flutes of Roederer and the little canapés shown. 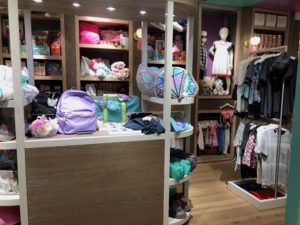 As we whizzed around the hotel we passed an enticing boutique, mostly filled with kids’ clothes. I was also impressed by the massive 30-foot Oregon fir in the open atrium of the hotel. It is partly sponsored by Cartier, who have placed dozens of signature boxes around its trunk. The idea is to buy a toy bear for $5, with all proceeds going to the local boys and girls club, and Cartier is matching the total amount. Such an act is win-win, for the kids with additional toys, the club, Cartier, and the perception of this luxury hotel. NOW SEE A VIDEO OF THE PENTHOUSE SUITE