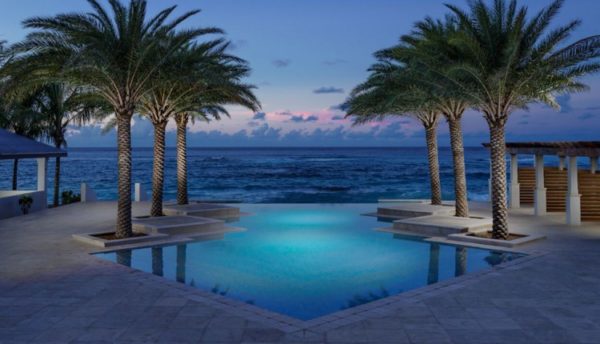 If you had any doubt in your mind about the pineapple’s place in hospitality symbolism, that uncertainty would have been overcome within minutes of stepping into the Sydney Opera House’s Utzon Room for an evening with Preferred Hotels & Resorts’ President & CEO, Lindsey Ueberroth, on Tuesday 14 March.

The Preferred logo was present as a sweet cocktail and a blooming fruit-and-floral centrepiece on each table. If Ueberroth and her team are seeking to make the pineapple, a symbol of hospitality dating back to the era of Christopher Columbus’ voyages, as recognisable as the Nike ‘swoosh’, they are certainly on the right track. 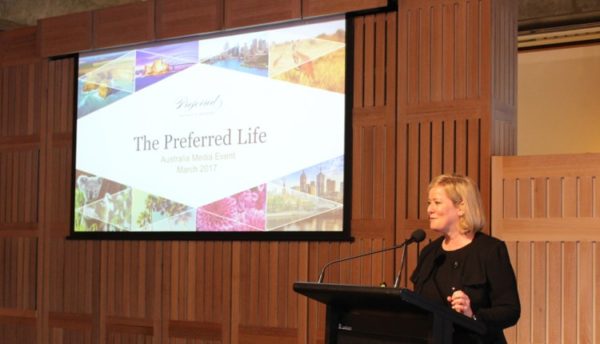 From its humble beginnings as an agreement between 12 independent American hoteliers in 1968, Preferred Hotels & Resorts has grown to a hotel brand that represents 650 hotels, resorts and residences across 85 countries and a portfolio of five collections, under the ownership of the Ueberroth family.

At present, the only Australian member property is the Lyall Hotel in South Yarra, Melbourne (hotelier Rowina Thomas was also graciously in attendance), although this is something Preferred is looking to change, with Ueberroth announcing “aggressive plans” four Australia. New partners will be announced in the coming months, with Sydney, Melbourne, Adelaide, the Gold Coast and even a special request for Hobart among the target destinations. 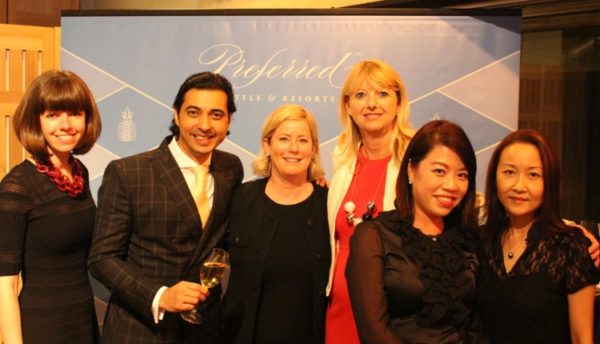 Rather than use stars or diamonds to mark its properties (too inconsistent acrossthe world, says Ueberroth), Preferred Hotels & Resorts are delineated by collection: Legend for exceptional experiences in acclaimed properties; LVX for worldly luxury in cosmopolitan locations or destination escapes; Lifestyle for a diverse range of authentic hotel stays; Connect for uniting people with the people that matter in eclectic neighbourhoods; and Preferred Residences, combing the practicality of a residential stay with the amenities of a full-scale hotel.

In addition to five collections, the group also offers 120 Preferred Pride properties and close to 300 Preferred Family Certified locations. The iPrefer loyalty programme was launched in its current format in 2016, and now has 1.8 million members. An app with American Express functionality to search, book and organise your spa treatment with the Concierge is also coming in the coming weeks, alongside iPrefer Members’ Rates.

Throughout the evening, guests were shown a snapshot of #ThePreferredLife (including through the eyes of monogrammed robe-wearing Preferred Pup, @samsonthedood) and were invited to share their thoughts on what The Preferred Life means to them. Answers ranged from lazy Sundays to adventurous pursuits, with the most inventive winning stays at a host of Preferred Hotels & Resorts around the Asia-Pacific region. One of LATTE‘s contributors was among the winners, earning a two-night stay at Andara Resort & Villas in Phuket.

Guests enjoyed a two-course dinner, featuring either chicken breast with shitake mushrooms or a steak fillet, and an olive oil cake with strawberries or a mango mousse.