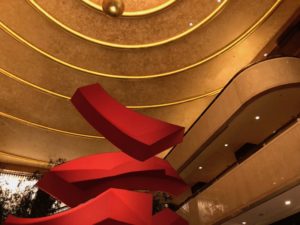 Conrad Centennial Singapore is a hotel that really makes guests feel good about being there – the gal was having a cup of coffee with GM Heinrich Grafe when an Australian, who had just checked in for his 17th stay, came over to say this is his second home. Over 50% of guests, indeed, are repeats. Think of a much-loved pair of shoes that might not be newest in your closet but they fit, and they look good because they are given lots of tender loving care. Thanks to Heinrich Grafe and his 499 colleagues, this is a 512-room hotel that works.  And that, alone, is a luxury these days. 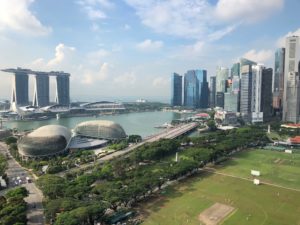 From the moment I arrived I understood that the hotel has heritage, going all the way to the last century, or at least to 1996. The lobby must never be changed; it is classic, albeit enlivened with a striking red sculpture that says wow, we do have some surprises for you here.  One major surprise, since my last visit, is on the fourth floor outdoor terrace. At one end of the outside pool there used to be a kiosk offering the kind of snacks and drinks that are ubiquitous to poolside serveries.  A few months ago this kiosk was replaced by a giant glasshouse, a space big enough to seat around 200, and host standing cocktails for many more.  See what it looks like at night, above. 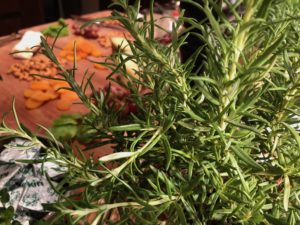 The hotel of course has a variety of F&B choices, with some unique and topical ideas. Gin O’Clock ‘happy hour’ takes place every day, from 5 to 7 p.m., with a choice of 24 gins, Fever Tree tonic and over 30 garnishes. I spent quite a lot of time at this hotel in my room, end suite 2801 – see a view – or in the superb 31st floor club.  Open from 6.30 a.m, it has a full working kitchen. At nightly cocktails, the glasses are Riedel, and the complimentary drinks include Laurent-Perrier Champagne and a really good Michel Lynch 2015 Merlot Cabernet Sauvignon from Bordeaux. 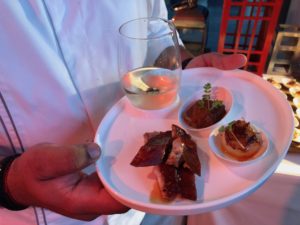 The hotel was setting aside 180 of its bedrooms for the first-ever ILTM Asia Pacific, bringing luxury hoteliers from all over the world for meetings with top travel agents, and networking with each other. This brought to town many Conrad and other Hilton family members, who must have been impressed by the fact that Conrad had one of the most elegant stands at the entire show. They were also cheered by the fact that Conrad Centennial used its new glass box to host its parties during the show.  Both travel agents and media were thus able to see the new glass room and eat Pekin duck and a myriad of other Asian delicacies on plates that cleverly have side openings to be able to hold glass (NOT Riedel for banquet catering, of course). NOW SEE FIRST SUITE 2801 AND THEN PREPARATIONS FOR THE HOTEL’S ILTM PARTY