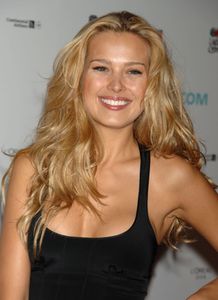 When the top people involved in luxury hotels get together, you can be sure the hosts will lay on nothing but the best, and that involves venue, food and drink and entertainment.  That was the recipe that resulted in the ‘must be at’ party on the Monday evening of ILTM Cannes 2013.  Hotel Insider founding CEO Philippe Kjellgren and global philanthropist Petra Nemcova hosted a Cannes networking event at Vegaluna beach restaurant on the Croisette.  Not surprisingly the gal, and everybody who was anybody, was there. And not surprisingly the gal was beginning to think that life is, well, just one long party…

This particular occasion was to announce the forthcoming Hotel Insider, set to launch March 2014.  This is the ultimate luxury website that shows what specifically chosen and tested hotels are really like, from the insider’s viewpoint.  All the hotels up there are tried and assessed, and reviews are authenticated.  Only luxury travellers who book through Hotel Insider’s site can post reviews, so no fakes can get in. 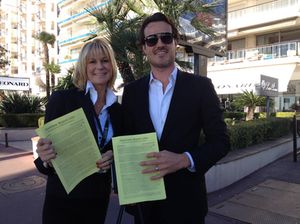 Hotel Insider acts as concierge, finding out what travellers want, whether they have any idiosyncrasies, so the chosen hotel knows ahead of time how to personalise a stay. Petra Nemcova is involved because of her charity, Happy Hearts Fund, which gets a direct contribution from Hotel Insider every time a booking is made.  The Czech-born super-model lost her fiancé, photographer Simon Atlee, in the 2004 tsunami – she herself was injured. She then turned the great love she has to helping kids around the world, specifically in the form of rebuilding schools after world disasters. Happy Hearts Fund has a powerful support group: its board of directors includes not only Philippe Kjellgren but the founder of Billionaire.com, David Leppan, and its advisory board includes antiques specialist Simon de Pury, Chairman of Phillips de Pury & Company. 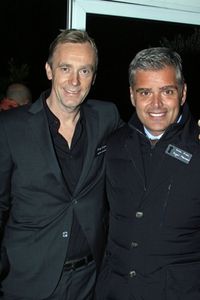 As it happened, Petra Nemcova was not able to be at ‘her’ Cannes party as she was detained in Haiti, where the Happy Hearts Fund is rebuilding schools.  She spoke via a real-time video link, welcoming everyone to Cannes.  Philippe Kjellgren stood in admirably for her, of course, and he also introduced the Champagne everyone was enjoying, Hatt et Söner, an absolutely beautiful drink from Mont-Aimé in the Côtes des Blancs, Bergères-lès-Vertus, 16 miles south of Epernay.

Philippe Kjellgren is Swedish, and so too are the owners of Hatt et Söner.  Co-owner Kristofer Ruscon was here to pour his Champagne, as was his business colleague Mathias Kahn (there had been some talk of their sabre-ing a bottle but you know, everyone was so happy to catch up and network and watch Petra Nemcova on her real-time video, and hear about Hotel Insider and my goodness, talk and talk with friends….. Richard Schilling, former GM of Le Martinez, was talking to long-time colleagues, and Omer Acar, GM of Le Royal Monceau Raffles, showed off his Turks & Caicos glow. All two hundred-or-more were  part of the luxury family of Hotel Insider. 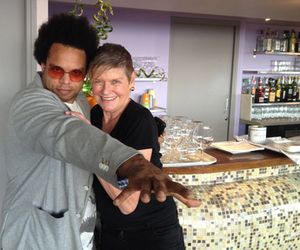 ELEW dances with a LBD…

The food included Swedish caviar, Löjrom, but was otherwise international, with Thai-style shrimp and French croque monsieur’s – or messieurs, to be correct – and St Marcellin cheese with apple.  The fashion was definitely international, with chic LBDs, little black dresses, through to warm wraps in case the Bordeaux burners did not keep out the cold.  As it happened the evening was metaphorically on-fire, thanks to the sensational entertainment, provided by ELEW.  Wow what a guy, real name Eric Lewis, the American jazz pianist who specializes in crossover rock and pop.  He is a favourite of the Obamas, this year he has done Leonardo DiCaprio’s birthday party and Harvey Weinstein’s Oscars party, and the launch of the Angelo Galasso store at The Plaza New York (the store that replaced the former One CPS restaurant, designed by Adam Tihany). 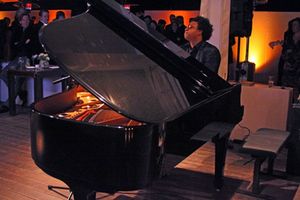 .. and then shows what a GENIUS he is

What a genius ELEW is.  Born in Camden NJ, he won a full scholarship to the Manhattan School of Music and after graduation he toured the world, performing with Wynton Marsalis and the Jazz at Lincoln Center Orchestra, and with Roy Hargrove, Joe Henderson, Elvin Jones and Cassandra Wilson.  In 1999 he won the ultimate award, the Thelonius Monk International Piano Competition.  Come on towards today, and he did brilliantly on NBC’s America’s Got Talent, and his fans range from such fashion luminaries as Donna Karan to fellow musicians of the calibre of Sting.  The guy is truly electric: if you have a major party coming up, try to book him now.  And of course you need a luxury hotel to stay in for the event, so Hotel Insider can help you, with the whole occasion.