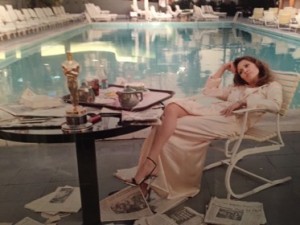 Just occasionally a photo embodies a luxury hotel. Here is Faye Dunaway in 1977, shown by Terry O’Neill the morning after she had won an Oscar, best actress for Network. The image has just been hung outside the Fountain diner, lowest floor of the beautiful Beverly Hills Hotel. The Fountain only has 19 seats, and it is really popular, says the gal, for quick breakfasts and lunches. Now the hotel is trialling chef’s table dinners there, obviously for only 19 diners at any one time. The 203-room hotel is always doing something new. 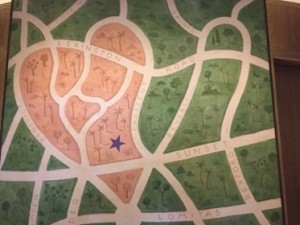 Adam Tihany has now redone, or rather tweaked, most of the hotel’s interiors. He has made the famous main lobby much softer and less masculine and I love the stylised local map behind front desk. The famous banana-leaf wallpaper fortunately has not been changed – it is thought to have been introduced originally when architect Paul Revere Williams (1894-1980) added the hotel’s Crescent Wing (he also designed that standing comet, like an oversize Philippe Starck lemon squeezer, that stands in the middle of Los Angeles airport). Check out Martinique A Wallpaper online and you will be amazed how many people sell this banana wallpaper (BH90210). 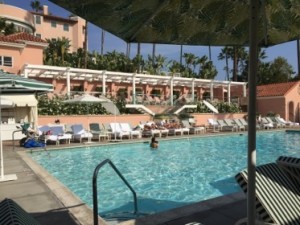 Look across the pool to the new gallery above

The refurbishment also included adding an upper gallery to one side of the main pool. This gives many more loungers, and that additional area can also be used for events.   I had a quick visit after lunching outside on the Polo Lounge terrace – try the Di Stefano burrata with vegetables, followed by an ultra-healthy West Hollywood salad (quinoa, faro, kale, spinach, palm hearts, cucumber, sunflower seeds, feta…). And to make up for that nutritious eating, splurge on at least one bite of the absolutely addictive blue cheese bread. 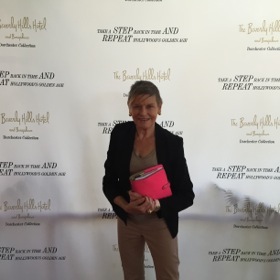 What else is new at this luxury hotel? They have very cleverly put up a Red Carpet photo space just outside the main front door. Yes, it is ready permanently for serious global stars of the calibre of George Clooney, particularly if he has the gorgeous Mrs C with him, but it is also ready for anyone, to take a memorable snap.